Australian-owned, private company Makinex, which designs, develops and distributes products for the equipment rental, construction, landscaping and industrial markets, has launched a new genset, along with a number of other products. 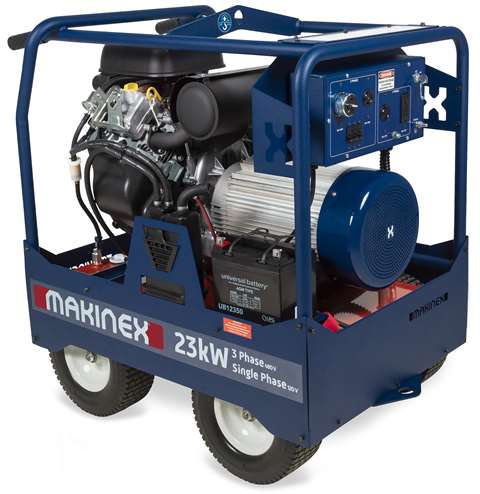 According to Makinex, the new Dual-Phase 23kW 480V generator, “brings the most power yet” to the company’s portable generator range. The unit is said to have a “unique alternator configuration” that powers 120V and 480V simultaneously with no loss on either circuit.

Meanwhile, the Makinex Lift Assist is designed to assist operators lifting pneumatic jackhammers enabling better control and ease of use.

Makinex has also released the Mobile Charging Pod, a mobile powered cabinet that allows contractors on a construction site to safely store cordless tools batteries and chargers while charging their batteries.

It has six lockers that are large enough for the large battery bank chargers and provides a protected GFCI for each locker.

Another new release, the Dual Pressure Cleaner, is a dual function pressure cleaner that says Makinex “gives you two machines in one.” 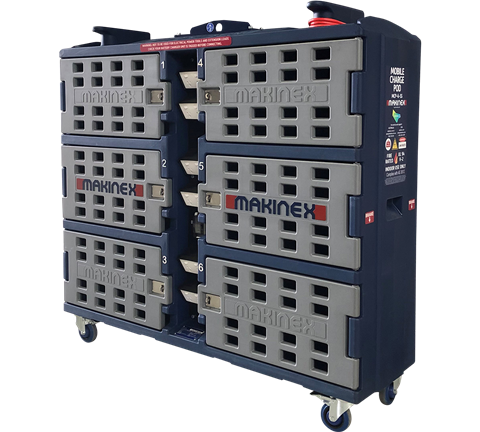 “In one compact unit you get a powerful 18” (450 mm) rotary surface cleaner and a pressure washer wand. Now you can handle more cleaning jobs and do them much faster.”

The company said the new releases were in line with its overall growth strategy.

“With plans to expand the existing designed product range, growth in local and global markets and a commitment to ongoing research and development, Makinex is experiencing tremendous growth, particularly in our own line of designed and manufactured products.”

Makinex also confirmed its products were “carefully researched and pre-tested to suit the Australian rental industry, one of the toughest industries on equipment.”

The latest releases from Makinex will be on display at the ARA Show from 17 to 20 October at the Las Vegas Convention Center.

When will the China access market reach maturity?
The Chinese MEWP sector is still growing quickly, at around 40% year-on-year, but is several steps from maturity
Loading...
Latest News