A new specialist police task force has been established in the UK to help prevent and fight construction and agricultural equipment theft. 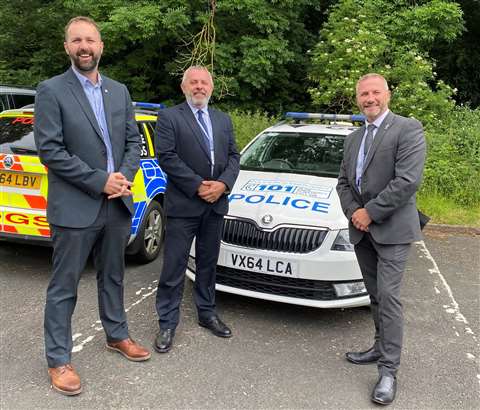 The Agricultural and Construction Equipment (ACE) task force will operate as part of the UK’s national intelligence unit, known as Opal, which focuses on serious organised acquisitive crime (SOAC).

Working closely with the construction and agricultural industries, it will focus on “offences committed by organised crime groups” and cross border criminal activities.

In addition, ACE will also support and promote equipment theft prevention and recovery programmes, such as the CESAR scheme established by the Construction Equipment Association (CEA).

Deputy Chief Constable Amanda Blakeman, lead for SOAC at the National Police Chiefs’ Council, said, “This is a really positive move to improve the response of UK policing in tackling the organised theft of plant and agricultural equipment.

“The investment will help develop a detailed intelligence picture which will support forces in reducing criminality in this area.

“We are really grateful for the strong support of partners such as the CEA, the AEA (Agricultural Engineers Association) and the insurance industry and welcome their commitment to developing a strong working relationship moving forward.”

The ACE task force, which will hold an introductory meeting for manufacturers, operators, renters and insurancers on 22 July, is being funded by donations from both the CEA and the Agricultural Engineers Association (AEA).

Rob Oliver, Chief Executive of the CEA, said, “Stakeholders through the industry have been keenly awaiting this initiative to come to fruition, so it is great that it is now in operation with the partnership with Opal. We will be engaging with companies and organisations, such as CITS (Combined Industry Theft Solutions), to support the work of ACE in what is an evolving criminal threat”.

Introduced to the wider UK police force and trade associations in April of this year, the formation of ACE had been planned for some time, following the suspension of the original Plant and Agricultural National Intelligence Unit.