Rental could be the key to unlocking Sany’s potential in Europe, and so Sany Europe is launching into rental with the opening of its first rental depot at its Bedburg headquarters, in Germany. 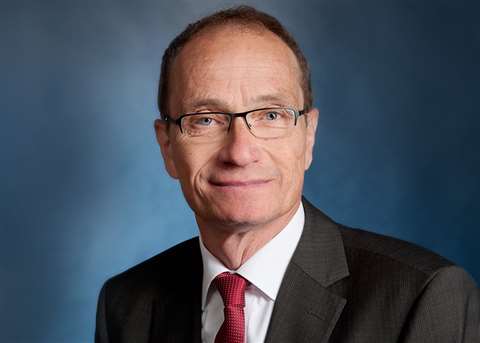 The company is described as an “unknown sleeping giant in Europe” by Ronald Ziegler, Sales Director Construction Machinery at Sany Europe, and in order to push the brand on the continent Sany Europe is launching a rental business, as well as supporting its dealers in the development of their own rental operations.

“It will help to push business, it will help to make the brand better known in the market, because rental machines are a nice advertisement, of course,” Ziegler says. “It helps to improve market share and it helps to get the acceptance of customers.”

After 30 years in the construction equipment industry, having gained experience at O&K Mining and Construction, Terex and CNH Industrial, Ziegler joined Sany Europe in 2017. He was enrolled to help “build up something completely new” as Sany changed its approach to the European market.

Rental will offer customers a lower-risk option compared to buying when they want to try out the company’s equipment.

It was at Bauma 2019 that the idea to start a rental business was first conceived.

“Then we started to look at the whole business and did some rough calculations and pre-studies,” Ziegler says. “At the end of March, 2020, we employed the first people, to set up the business.”

This is a testament to the speed with which Sany can move, owing to the fact that it is a privately owned company.

While Ziegler is responsible for the rental business, he stresses the importance of keeping it independent of Sany Europe’s sales business; “It is important, if you want to run a successful rental company, it needs to be independent and you don’t want to mix it up with sales, because otherwise sales people will always pull out machines from the rental organisation or suggest that machines for sale can be rented.”

Despite the current situation with Covid-19, the company is forging ahead with its plans and the first of Sany Europe’s rental depots is due to be opened at the Bedburg headquarters in July of this year. 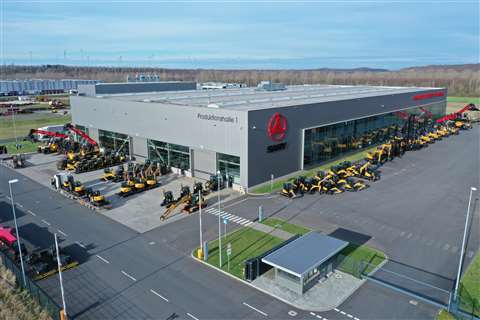 Sany Europe’s Bedburg headquarters, in Germany, where the company’s first rental depot is due to be opened

The Bedburg depot manager has already begun work – at the start of May – and the branch will eventually have six members of staff.

Initially, the depot will have a small rental fleet of between 40 and 50 units, all of which will be crawler excavators. In time, this will be broadened to include other Sany models, such as wheeled excavators and wheeled loaders.

Small ‘Mom and Pop’ customers will not be the target audience; “We want to be more on the industrial customer side, and also on the long-term rental,” says Ziegler. “We will have smaller machines as well, but we will also have bigger machines.”

Once the Bedburg depot is fully up-and-running, Sany Europe plans to replicate the business model at other sites across Germany.

After Bedburg, Stuttgart would be next, most likely followed by Munich. Big cities will be the focus.

Ziegler estimates that each depot will require an investment of approximately €3.5-4 million. Since Sany Europe will be renting facilities rather than buying them, that investment is primarily for machines, people, attachments and computer systems.

“So, in total, for the next two-and-a-half to three years, we need to be up to 10-12 locations, so that’s an investment we plan for the next three years of around about €40-45 million,” says Ziegler.

That’s just in Germany. The rental operations would then potentially be expanded into other countries after three years.

Read the full interview in the combined July/August issue of IRN.