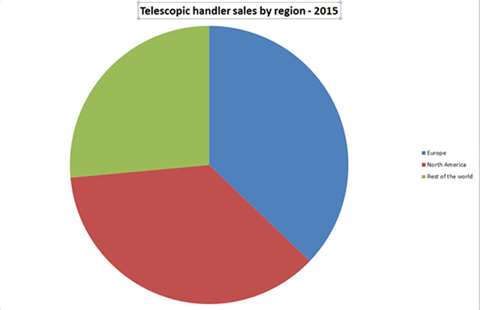 Telehandlers sell in high numbers in Europe and North America, but their appeal is far from universal and the formula for success can be elusive for manufacturers, writes Off-Highway Research, part of KHL Group.

Worldwide sales of telehandlers came to more than 53,000 units last year, with a total value of some US$4.3 billion, according to specialist market intelligence and forecasting consultancy Off-Highway Research.

Although this is a significant number of machines, telehandlers are by no means globally accepted products. This niche status, along with the wide variety of end users means they tend to be the province of specialist manufacturers – it is certainly an area where many of the mainstream earthmoving equipment manufacturers have either steered clear, or tried and failed.

A further issue is that there is no such thing as a global product in the telehandler segment, with two distinct design philosophies prevailing on different sides of the Atlantic. In North America designs tend towards machines with a relatively large footprint and a high mounting position for the boom. In contrast, Europeans favour a low mounting position and more compact machine dimensions. Add to this the complexity of different engine emissions standards and other regulations around the world, and it starts to look like an unattractive sector for manufacturers seeking the economies of scale.

Having said that, the global market leader in telehandlers is one of the few manufacturers in the sector which also makes earthmoving equipment – JCB. Caterpillar also sells telehandlers, but abandoned manufacturing these machines a decade ago in favour of an OEM supply agreement with JLG.

Supplying Caterpillar, along with sales under its own brands – SkyTrak and JLG – puts the company on a par with JCB in terms of annual telehandler production.

Other significant manufacturers in volume terms include Manitou/Gehl, Merlo and Genie, while Bobat (Doosan), Dieci and Wacker Neuson (both the Kramer and Weidemann brands) also produced more than 1,000 units last year.

This list of names illustrates that the telehandler business is one for specialist manufacturers, seems not to lend itself to the business models of major earthmoving equipment manufacturers like Komatsu, Hitachi, Kobelco and so on. It is also an area where China’s manufacturers have so far shown little or no interest.

This illustrates another point about the global teleshandler market – that it is not very global. Around 75% of sales are made in Europe and North America, and it is manufacturers from these regions which dominate the market. There are no Asian telehandler manufacturers to speak of and next to no sales in either China or Japan, where low capacity cranes tend to be favoured for light materials handling work.

However, it is an area where many powered access manufacturers see opportunities, and certainly Terex and JLG have been successful in both fields. One of the difficulties though is that the customer base for the two types of machine are different.

With powered access, the rental channel of course dominates. Telescopic handlers are also important products for the rental industry, but in Europe for example, about half of all machines are sold to customers in agriculture. This of course requires additional resources in distribution and is therefore a barrier to entry which a number of powered access. 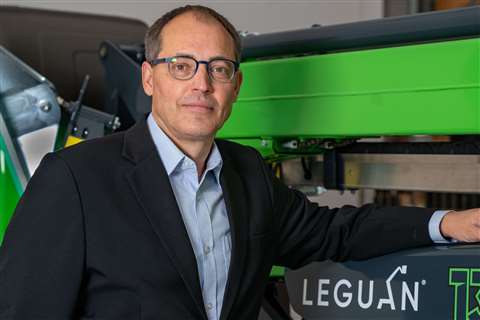 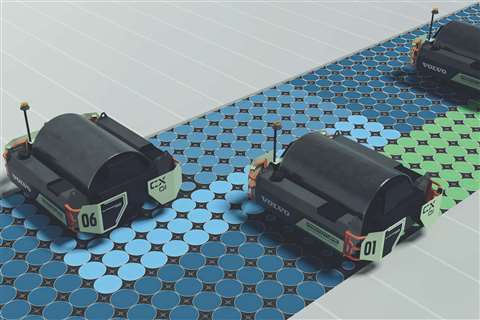