Renta Group is a fast-growing Scandinavian generalist rental company based in Finland but with ambitious plans to become a leading provider across the Baltic Sea region.

Established in 2016, Renta Group operates out of more than 70 depots across Finland, Sweden and Norway – and this number is steadily growing, according to Kari Aulasmaa, the company’s CEO. 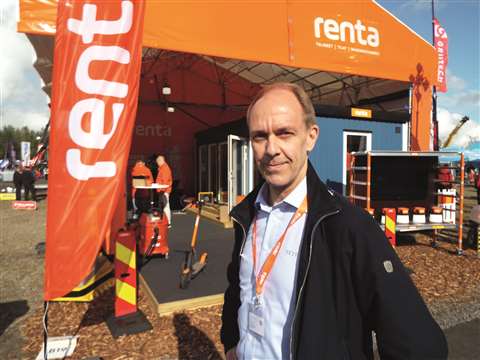 Aulasmaa has been in the industry since the early 1990s, including a sixteen-year stint with Ramirent, during which time he worked his way up to the position of Senior Vice President, responsible for Ramirent’s operations in Finland, the Baltic States, Russia and Ukraine.

Currently, Renta generates annual revenues of about €200 million, 70% of that coming from clients in construction. However, the company is aiming for 60% of its business to come from construction, with the remaining 40% derived from other sectors; “For us, that’s a good balance,” says Aulasmaa.

Finland and Sweden are Renta’s home markets. From there it is launching into other countries.

Towards the end of 2018, Renta expanded into Norway with the acquisition of Norwegian rental company Flexleie – which generated net sales of NOK120 million (€11.9 million) in 2018 and has since been rebranded Renta Norway. This added six new depots to Renta, which had served the north of the country and along its west coast, but Renta has since been expanding its presence to become a nationwide operator in Norway. The goal is to have about 30 depots across the country.

Norway’s overall rental growth rate was between 3 and 4% last year and it has a penetration rate of 35%, according to Aulasmaa; “That increases the penetration potential.”

Aulasmaa says, “The acquisition of Flexleie is the first step for our expansion in Norway and ensures an entry to this important machine and equipment rental market in the targeted Baltic Sea region.”

Renta has also been making preparations to expand into Poland in the first quarter of 2020.

“The legal structure is in place and we have hired the Country Manager – Ramirent’s former Senior Vice President of Poland and Central Europe Tomasz Walawender,” says Aulasmaa. “We are preparing the first greenfield sites, and we are scanning the market to see if there is something for sale.”

When asked if Renta has any particular companies on its radar at the moment, Aulasmaa says, “We always have something on the radar, in all countries. And the final target is to become one of the leading companies in the Baltic Sea region – in northern Europe. So basically, all the markets around the Baltic Sea are interesting for us.”

Explaining why the company is choosing to expand into Poland next, Aulasmaa says, “It’s a big nation, a big economy, in the middle of Europe, with a strong industrial base and a strong construction sector, especially for infrastructure construction. It has a very low penetration rate too. So it’s definitely one potential for the future.”

The aim is to build a nation-wide network of at least 20 depots over the next two years.

Renta is quickly growing its network. In Poland, for example, the company intends to open more than 20 new depots over the next two years

Renta’s largest network of depots is in Sweden, where it operates out of 35 locations. However, Aulasmaa says, “Sweden is just halfway – we are building the network there. It will eventually be something between 60 and 70 depots.”

It also has a relatively high penetration rate of 55%, adds Aulasmaa, and Renta’s market position is third after Cramo and Ramirent.

In Finland, Renta is growing faster than the market, which is the combined effect of putting particular focus on fast-growing segments of the construction industry and taking market share; “Finland this year is flat but our growth rate is plus 30%,” says Aulasmaa.

It is also helped by the fact that penetration has increased quickly over the past two years; “Traditionally, Finland has been about 10% behind Sweden, but we are quite equal nowadays. So in Finland we are talking about a penetration rate of about 53 to 55% at the moment,” says Aulasmaa.

He attributes this to Renta’s presence in the market: “I used to say that if there are more high-quality rental companies in a market, there are less reasons to own equipment. And for a long time the market in Finland has been dominated by two major companies: Ramirent and Cramo. I think clients were a little bit lacking in alternatives, and when we came along and created a nation-wide network in two years’ time, that’s increased the penetration rate.”

He adds that this is why penetration has historically been higher in Sweden: “There have been more companies, more high-quality suppliers.”

Renta’s network has reached its peak in Finland; “I think with 30 in Finland that’s the network we have – it’s up and running,” says Aulasmaa.

Over the past three-and-a-half years, Renta has accumulated a fleet with an original purchase value of €350 million. Since the company is young and it has been investing heavily to grow quickly – through a mixture of acquisitions and organic growth – maintenance CapEx is low. Aulasmaa says, “We will have that benefit still for a couple of years. So our investment is mainly for growth at the moment.”

Aulasmaa was reluctant to put a figure on the company’s investment intentions for the year to come, but he did say, “I don’t think we’ll be slowing down. I think we will continue more or less the same investment.”

Powered access platforms are an important part of Renta’s offering – Aulasmaa says the penetration rate for access equipment in the region where it operates is about 85% and their use continues to increase – but one particular trend that he highlights is the growing demand for related services.

“If you take equipment or systems like temporary heating systems, temporary electrifying systems, in practise, those require design, installation and maintenance throughout the project nowadays,” says Aulasmaa.

He explains that this is down to the increasingly complex technical requirements; “It’s become a little bit of a specialised area and construction companies don’t have the skills in-house anymore – understanding how to do it. It’s very specialised. The requirements are growing harder and harder all the time. Equipment and systems are more advanced, requiring special skills and clients don’t have it.”

He goes on to say, “It’s easier for them to buy the package; not buy equipment and start to wonder how to use the equipment. Instead, they can order a certain temperature for the construction site for a certain time, for instance.” The intention is to make things simple for the client.

On the topic of electric equipment, Aulasmaa says, “It’s a strong trend, but you see very little electrified equipment in the market at the moment. It’s still coming.”

Referring to the Bauma Munich exhibition earlier this year, he points out that a lot of manufacturers were talking about the development of electric equipment but few machines are in production.

There are of course challenges in the market, among them political uncertainty, trade wars and the normal cycles in the construction industry. But Aulasmaa sees a positive future for rental; “It’s becoming more and more important. Penetration is increasing everywhere. And once penetration increases, it doesn’t drop back down.”

He adds that although the construction market fluctuates, it always bounces back; “Projects can be postponed, but they will usually be started at some point.”

In addition, the rental sector is increasingly serving a wider range of industries, according to Aulasmaa.

Given how the face of rental is changing, and the rate at which Renta is developing, Aulasmaa ends by saying, “Rental is a fascinating business. Every day is different.” 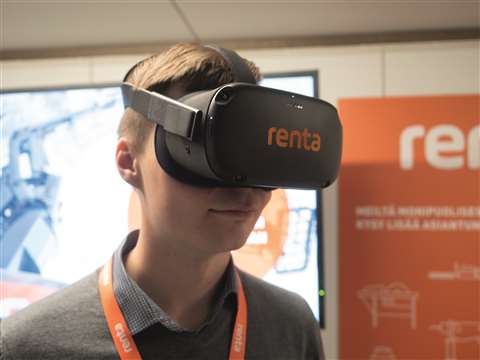 Since Renta is a relatively young company, it has been able to incorporate new digital technologies into its offering from the start, giving it an edge, according to Aulasmaa.

He says, “Digitalisation and digital technologies have been on the agenda from the beginning. So quite soon after we started, we introduced the first versions of our platform.”

Aulasmaa continues, “We are very ready for the platform economy. We can allow customers to connect into our systems and do things by themselves, because in our internal operations we have digitalised many things, like project management for scaffolding and site services. We have totally paperless processes connected to invoicing and payrolling.”

The group is also developing its virtual reality capabilities. Its Renta Modules product, which is used for planning modular space, has been renamed Renta Visuals to reflect a broadening of its scope so that it will, in future, be used to plan construction sites with BIM models.

Another of the digital elements in Renta’s offering is its mobile fleet management solution, which is designed to make things transparent for the customer.

Users are able to keep track of their daily rental payments, order additional services, locate units and measure the real usage of their machines. Aulasmaa uses the term ‘real usage’ to refer to the actual operation hours of a piece of equipment.

“Rental companies very often talk about utilisation rates,” he says, “But they actually mean rental rates. But it doesn’t tell how much the equipment is really used – how many motor hours.

“So, by following that, I would say that in the future construction works will be done with a smaller population of equipment and machines. And we will really start to use modern technologies and start to optimise the usage of equipment.

“I think that’s a win-win situation, and also sustainable. I used to call it ‘the next revolution of rental’.” 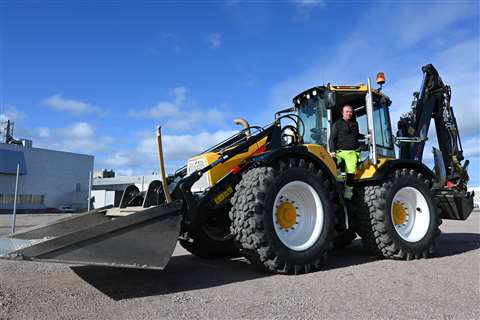 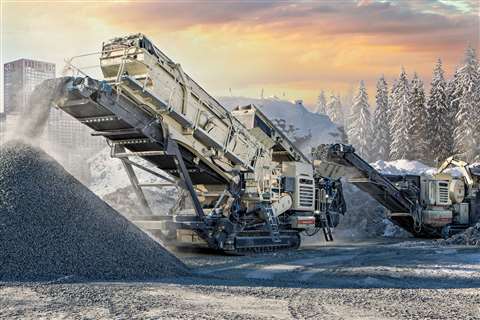