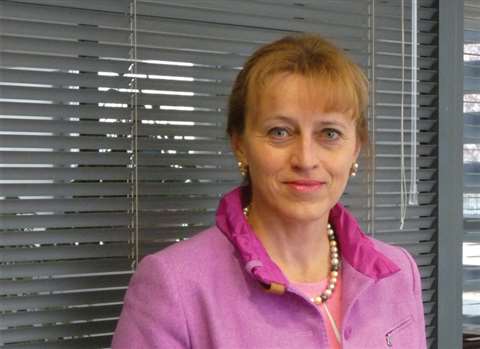 Budapest-headquartered Profirent – as it is known now – was originally founded in 2003 by Finnish rental giant Ramirent Group as a greenfield investment in Hungary.

Ramirent went on to lead the consolidation of the market in this country by acquiring Gepbazis in 2003 and Agentrade-Plusz in 2005; thereby becoming the leading equipment rental company in Hungary.

Then in 2013, Ramirent decided to exit the Hungarian market and agreed to sell its operations in the country to Danube SCA Sicar, a private equity fund. At that time, the operation had net 2013 sales of €7 million and 13 customer centres. The name Profirent was adopted from the start of 2014.

“Danube SCA Sicar has put a lot of emphasis on Profirent’s growth, resulting in spectacular expansion in the past two years,” Ms Antal said.

“Profirent has the largest fleet in Hungary both in terms of value and in terms of number of units. Profirent is the only company on the market which provides the full range of the rental fleet serving clients from the first until the last phases of the construction process,” she explained.

The company offers access equipment, power and heating equipment, a wide range of lighting equipment, site units, fences and barrier, earthmoving machines and scaffolding. Recently, it has started to diversify away from construction and expanded its fleet to serve events and industrial clients, according to Ms Antal.

“Our coverage of 15 locations in the country is more than the combined number of outlets of our three largest competitors. We do not operate outside Hungary though. The next few years offer such attractive growth opportunity for Profirent that we have decided to focus on exploiting this potential and put expansion beyond Hungary’s borders on the backburner for the next two years at least.”


And expansion in the Hungarian market is being fuelled by a variety of factors, with double-digit percentage growth figures seen since the second half of 2013, according to Ms Antal.

“The rental market is driven by the booming construction sector, which has been fuelled by the inflow of European Union structural funds. Increasing industrial activity has also contributed positively to rental market demand.

"Due to the cyclicality of EU funds distribution, there will be less available funds for the country in 2016, but very significant growth is projected from thereafter. At the same time, the private construction market also seems to be slowly waking up following a six-year-long sleep: we expect significant growth in private demand of construction of flats and commercial real estate from the second half of 2016.

“Regarding the former, the Hungarian government has just recently announced measures that could lead to a very steep increase on the housing market. VAT on newly built flats will be reduced from 27% to 5%, moreover families with three children can receive a huge housing allowance from the state and a new state-subsidised housing loan will be also available.

“As a result of these measures, we expect the housing market to return to its pre-crisis output of annual 25000 to 30000 new flats, up from the current 8000 per year.

“And as far as commercial real estate is concerned, vacancy rates will reach the ‘magical’ 10% level in a few months. That’s the level where most real estate developers are expected to launch large scale commercial developments. Overall, the picture is very positive, in sharp contrast to the dismal years of the early half of this decade.”

Indeed, despite forecasts of a temporary decline in the rental market over the coming 12 months, the start of 2016 has still seen fresh funds reach the country from the EU. In January, for instance, the European Investment Bank approved the first two installments of loans funding transport and roads, as well as urban renewal and regeneration projects.

A loan of €200 million is the first tranche of an approved loan of €350 million to finance priority investment schemes in the areas of public transport and road networks in Budapest.

The second is worth €€100 million, and represents the first part of the EIB loan of €200 million to support improvements in the fields of Budapest’s urban renewal and regeneration, energy efficiency increase and environmental protection.

And Ms Antal said Profirent was seeking to strengthen its presence in markets other than construction.

“Profirent is already a major player in the events equipment rental market in Hungary, and it is our strategic focus to strengthen this presence even further,” she explained.

“The events sector is quite developed in Hungary, for instance more than 1200 festivals are organised annually in the country. And Profirent provides equipment to a significant portion of these festivals.

“Besides events, we also work with movie makers, which need lifts, power generators or scaffolding from time to time for shooting both in the large Hungarian studios and in the field. The other major area of expansion for us is industrial customers. We foresee significant growth in this segment. Our uniquely wide and dense geographic coverage of the country provides a great platform for servicing these two segments.”


Ms Antal said Profirent’s key focus in 2016 was to further diversify its customer base in the non-construction sector.

“In line with that, we are planning to grow the capacity of our fleet that can be used at events, like power generators, heaters, fences, and we also consider adding tents to our offering. We are also preparing for the expected new construction sector boom 2017, therefore we are planning to open new outlets and invest in light machines. We also find it very important to maintain the quality of our existing fleet to consistently satisfy our clients.”

Indeed, Ms Antal said the key challenge for the company was how to fully exploit the expected growth wave over the next few years.
“Construction is poised to expand, while industrial mandates are in the upswing due to the continuing relocation of German manufacturing companies to Hungary, and we have not yet reached the full potential in the event segment, either.

“Managing fast growth has its own challenges, especially regarding systems and personnel. That’s why we have spent most of the past two quarters improving our IT capabilities, train and grow our workforce. At the same time, we have to stay focussed on our clients: always challenging ourselves to create more value for them.”

And competition is also hotting up in the country’s rental market, according to Ms Antal.

“We certainly have competitors, some of whom are great companies. There is an especially fierce competition in lifts and scaffolding, as well as power and heating. Interestingly, however, we have no competitors which would be considered significant players in more than two of our eight business lines.

“Admittedly, our countrywide coverage gives us not only a unique value proposition, but also a critical scale that other players with only one or two outlets would struggle to reach. Moreover, the fact that we have taken the expansion into solutions, as opposed to pure play equipment rentals, has enabled us very seriously to take advantage of our broad offering. In my view, it is the combination of these factors that makes us the undisputed market leader in Hungary.”

Increasingly, rental customers are asking for more than just equipment, according to Ms Antal, and the market is maturing into a solutions-based model, where service and maintenance and other requirements are increasingly in demand.

“The trend of all major clients demanding entire solutions as opposed to simple assets to rent has arrived in our market, after some delay. Profirent has spent years preparing for this eventuality, and we welcome the opportunity to demonstrate our capabilities in this regard to our clients.”

This is an interview from the March 2016 issue of IRN. To read the full article, with extra images and information, subscribe to the magazine: http://www.khl.com/subscriptions/magazines/international-rental-news/

Sales down in China, but up overall for Volvo CE
Despite a decline in China, Volvo CE sees sales grow 11% in third quarter of 2021