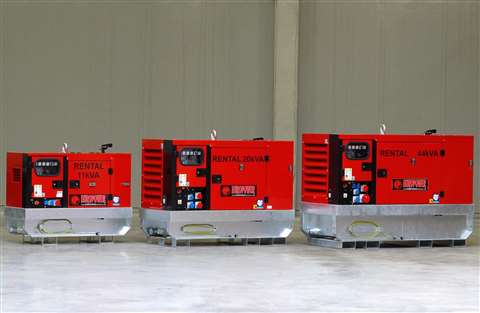 The company was keeping tight-lipped on exact details ahead of the official launch of the new model at the show.

And Europower said it would also be showcasing examples from its EPSR rental generator range – which boasts power outputs from 10kVA to 250kVA.

All rental generators in the range are equipped with a 1500rpm engine apart from the EPSR11-3TDE (10kVA), which is manufactured with a 3000rpm Kubota engine.

Europower said all its rental generators were compact, quiet and equipped with a peripheral bumper and a galvanized frame. It added that remote monitoring was also possible – via internet or 3G via PC, smart phone or tablet.

Taking place in Munich Germany from 11 to 17 April, Bauma is the largest construction equipment exhibition in the world.