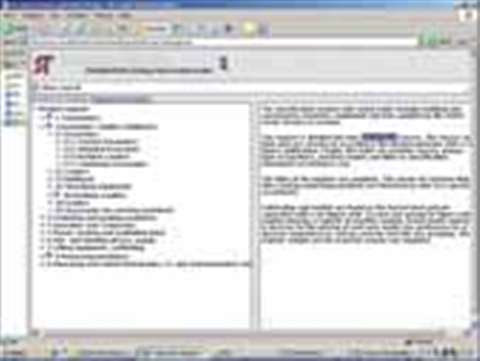 You can find details on the Swedish classification system at the Swedish Rental Association's website www.swedishrental.se

There are many ways in which Europe's rental companies can work together and learn from each other. One very practical issue where a pan-European agreement would be possible – and potentially of major benefit - is the way in which companies describe equipment; the machinery classification systems.

Currently there are almost as many coding systems as there are countries. Apart from anything else, many individual companies have adopted their own internal codes for their accounting and operational uses.

However, the existence of several multi-national classification systems – and in particular an extremely well-established Swedish system – has led ERA to consider whether one coding system might not be adopted for the whole of Europe (on a voluntary basis).

The most obvious candidate for such as system is the Swedish code which was originally developed for military use in the 1950s but which has since been adopted not only by Sweden's construction and rental sector but by a total of 12 Nordic and eastern European countries, including the Baltic States and Russia.

There are other classification systems, including one used by some contractors in France and Germany, however, there is little doubt that the Swedish solution is currently the most widely used in rental.

The codings take each product down to a 6-digit level. The first digit represents the overall classification (such as lifting equipment, or excavators/loaders/bulldozers), with subsequent numbers further defining the product (for example, excavators would be the second digit, crawler excavators a third, and so on, down to machine weight class.)

In Sweden, for example, the system is used down to a four-digit level for general in-company uses, with the full six digits used for more detailed uses, such as pricing and product guides and up to a seventh digit used by some rental companies for parts and maintenance. The system in Sweden is maintained by a special committee of the Swedish Rental Association.

So what would the potential benefits be in using such a system? Well, for customers it would make it easy to compare product offerings between different rental companies (in bid documents, for example). For rental companies, it offers a wide range of benefits: it would allow the creation of meaningful market statistics for product categories; eases education and training activities; and can be used for a wide range of internal processes, such as product catalogues, benchmarking, monitoring of key performance indicators (KPI) and more.

Two of the ERA's specialist committees, for Promotions and Statistics, have already considered the topic – and Martin Holmgren from Cramo (and a board member of the Swedish Rental Association) traveled to one of the Promotions Committee meetings to explain how the system works.

There is still a lot of work to be done before any concrete proposals are presented to ERA members. There is the overall issue of whether the adoption of such a system would be of sufficient benefit to justify the effort; and there is also the choice of the system to use, with two obvious candidates already in existence, and – of course – the option to go back to a blank page and come up with a new system.

If you have strong views on the matter, then the ERA's secretariat (see contact details on this page), would be happy to hear from you.