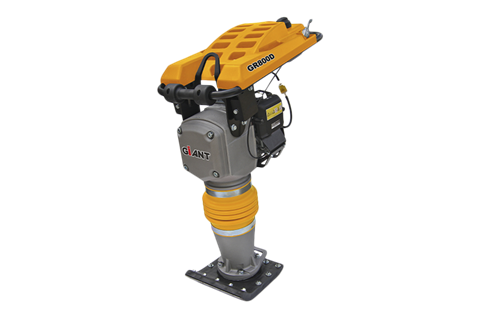 Tobroco-Giant has added a new range of compaction machines to its product range with the rebranding of the SAMAC vibratory plates and rammers.

A total of 24 models, available with either petrol, diesel or electric motors from Honda, Hatz or Yanmar, have been added to the company’s portfolio.

Best known for its wheeled loaders and skid steer loaders, Tobroco-Giant said the addition of the vibratory plate and rammer models reflects its aim to become a “full-liner in compact equipment”. 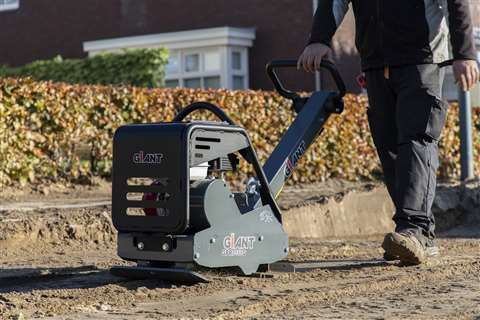 The heavier reversible plates with forward and reverse positions can be recognized by a black and gray color scheme. (Photo: Tobroco-Giant)

The company currently produces more than 2,500 SAMAC compaction units a year, but is aiming to scale-up to 10,000 units.

“Whether it concerns earthmoving or rental companies, road workers or landscapers, they are familiar with both brands and now have a single point of contact for purchase, service and maintenance.”

Brock added, “Our goal is to offer a comprehensive solution in the future, so that customers come to our company for all their compact machines.

“Made in Holland, just like with our wheel loaders. Giant is even the only Dutch producer of vibratory plates and rammers. We are very proud of that.” 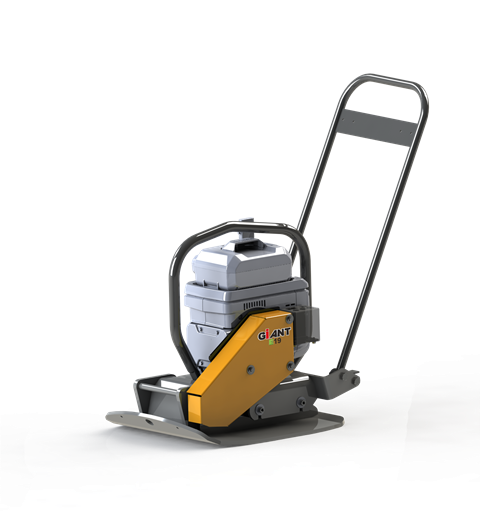 Among the 24 models to be added to the company’s offering is the 103kg GP1950E vibratory plate, which is equipped with a Honda GXE2.0H electric motor and a 72 volt battery that can be charged to 80% within an hour.

The GP1950E, for which Tobroco-Giant was the first European manufacturer to receive permission from Honda Engines to produce the motor, is the first of a new fully electric series being produced by ULBO Machinery.

The E-model series machine range will soon include the E rammer GR740E and E-reversible plate GPR5575E.

The compaction range will carry Tobroco-Giant’s yellow and grey corporate livery, and a logo depicting a compaction machine - rather than the wheel loader in the manufacturer’s standard logo. 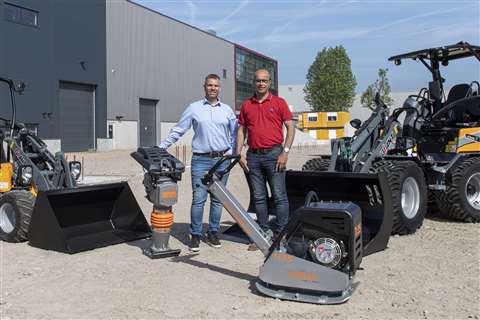 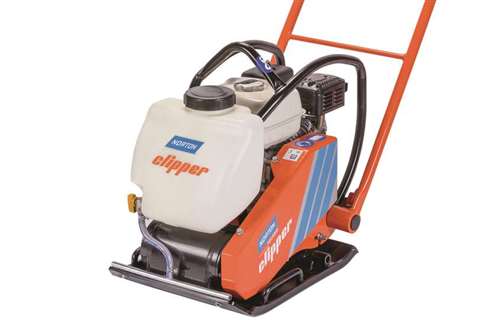 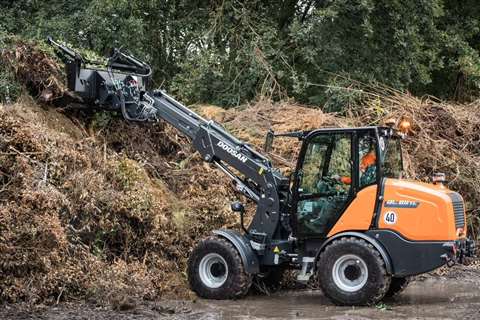