The Appleton Column: Life after the referendum 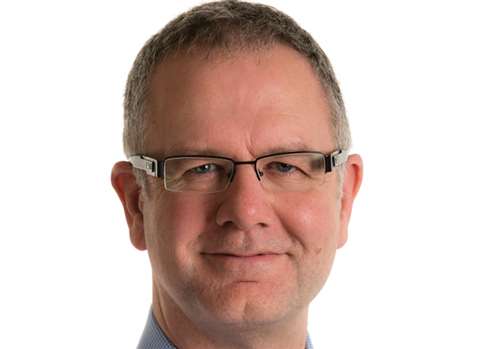 The last few weeks have seen some seismic shifts in the European political landscape and some further tremors in the global financial markets. I’m going to explore what I think lay behind the Brexit vote and what the implications are for the rental industry in Europe. Given that I’m limited to a few hundred words this will be somewhat superficial.

Why did just over half of the UK electorate vote to leave the European Union? The fault lines can be broken into the categories of (1) identity and democratic accountability (2) immigration and population growth and (3) economic opportunity.

For category (1) the opposing views can be summarised as having a belief in a strong, sovereign, nation-state whose own politicians are 100% accountable versus a view that mutual dependency of nations is desirable/unavoidable and that there is some consequent and acceptable dilution of democratic accountability.

Category (2) saw a view that the UK is 'full' and is in danger of materially losing a coherent social identity pitted against a view that immigration boosts economic growth and contributes positively to an evolving social identity.

The final category (3) had ‘leavers’ seeing the major long-term growth opportunities outside of the EU and frustrated at the slow growth and speed of economic decision making within the EU club whereas the ‘remain’ side emphasised the benefits of being in the world’s largest trading block.

What the referendum revealed is a country split almost exactly down the middle on these three key areas. This suggests that the political way forward is unlikely to satisfy anybody completely as politicians will be wary of the possibility of completely alienating one constituency or the other if they take an extreme position in any of these categories.

The challenge for the wider EU is that all of these fault lines are also present in just about every developed nation at the moment. Globalisation has led to a loss of local identities and old certainties in many areas, and people who are the economic or social ‘losers’ are looking for some new certainties to replace them.

How this plays out is beyond my capacity to judge, but we can’t simply wish it away. It is not impossible to imagine that, just as we come to terms with how Brexit might be handled, other countries within the EU walk into similar populist revolts and the EU as an institution comes under more and more pressure. It is a time for thoughtful and humble politicians to come to the fore, I feel.

The effect on our markets is, in the short term, easier to predict due to the markets’ known attitudes to uncertainty and risk. I can already come up with a list of several investment projects that, in my own immediate experience, have been cancelled or deferred until there is more clarity on how the future will unfold.

We also know that the Pound and the Euro will, to varying degrees, lose value against other world currencies and that, consequently, imports will become more expensive and inflation will therefore start to rise, limiting scope for growth in consumer spending.

Neither of these effects is good for growth and, whatever might be planned in terms of easing money supply further, the industry faces an increasingly tough environment over the next two to four years. I wish I could see it otherwise than this, but I’m struggling to see how that can be.

What I do hope is that, as a Europe-wide industry, we resist the temptation to see this in simple, nationalistic terms. The way the world is developing is making many people, in many countries, feel deeply uncomfortable about their present circumstances and future prospects.

This is not, it seems to me, solely a vote of 52% of the British population to resign from the EU, but a blunt expression of a general dissatisfaction with life. Dissatisfaction with life is not something that can easily be fixed by the tools available to democratic politicians and, to me at least, leads to some deeper questions about what is and isn’t important in the lives of people in the West today. The answers to those questions lie way beyond the scope of politicians.

This is a feature from the July/August 2016 issue of IRN. To read the full article, with extra images and information, subscribe to the magazine: http://www.khl.com/subscriptions/magazines/international-rental-news/