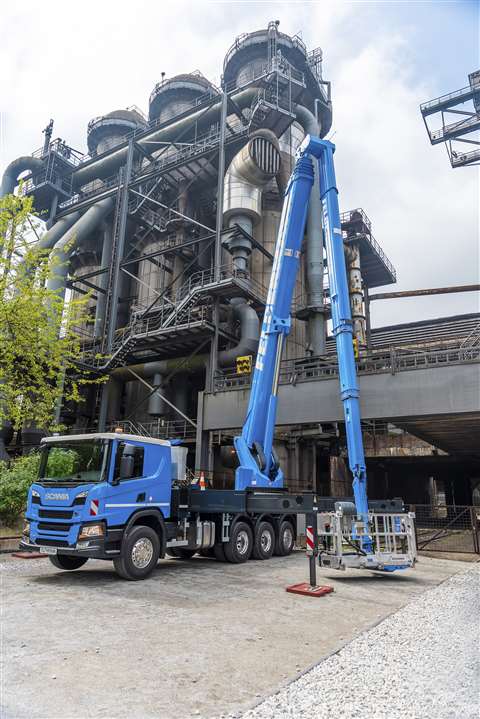 Ruthmann has launched a compact 70m working height truck mount, as part of its HF range.

The Steiger T700 HF has a 41m outreach and can be mounted on a chassis less than 12m long for work in confined spaces.

Through the new long triple upper boom, up and over outreach is increased by a further 3.5m, compared to the T 650 HF. In transport position, the machine is also very compact.

Due to the 1.7 m higher articulation point and the now 24.6m long upper boom, operations can be carried out in narrow house canyons, for example at the rear of buildings that were previously very difficult to access in this height class. Together with the highly stable base frame, the robust polygonal construction, made of high-tech steel, allows a position inclination of up to 2°.

The lower boom enables an elevation angle of 83°, so that the machine can be positioned even closer to the building and the outreach be used more efficiently. 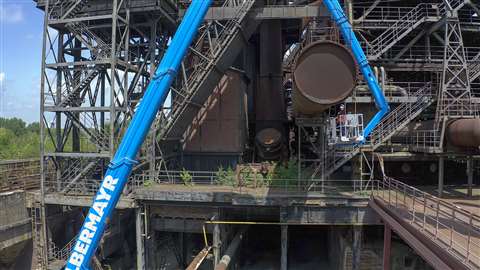 The T 700 HF can be mounted on different carrier chassis and be registered with a GVWR between 32 and 36 tonnes. Its overall length of.99m and compact design allows tight manoeuvring in, for example, city traffic.

The existing highflex functions of the HF series also make the T 700 HF an all-rounder. The basket can be rotated by 440°, while working behind obstacles, such as pipelines or roof structures is feasible. The 2m long highflex-Rüssel jib can be rotated by 220°, making it even more flexible for under and up working, with an upright working basket, as well as for up, over and back positioning. 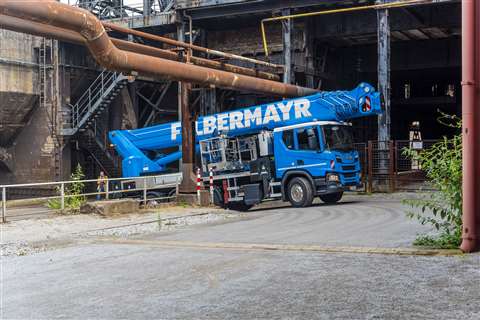 As with the all the manufacturer’s Height performance series, the new T 700 HF can additionally be used for underfloor works. Thanks to the movable highflex-Rüssel, it can be used for bridge inspections up to 17meters below zero. It achieves 5m more underfloor outreach as comparable machines, says the company.

The highflex basket carries up to 600kg and can be extended up to a maximum size of 3.82m x 0.97m – the largest working basket on the market.

Optionally, the basket can be equipped with a heated floor, a material winch or a movable folding seat. The T 700 HF is also available with the new Lift-up system offering up to 25kg more payload. 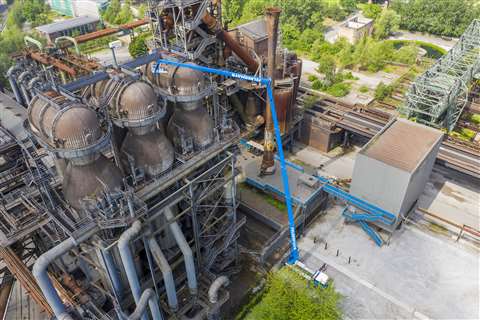 Furthermore, DRS allows use in high wind speeds and optimises the outreach for safe operation. Additionally, the basket load can be pre-set, making it possible to pick-up heavy assembly parts at great height without endangering the stability of the machine. 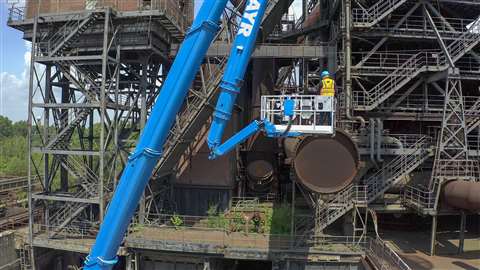 Through the linking of the data systems, the pneumatic suspension of the chassis is automatically lifted when the machine is stabilised. In this way, the supporting plates can be placed easier under the jacks in extreme operating situations.