Loxam, GSV, ToolQuick, Zeppelin Rental and Manitou were among those celebrating wins at the 2022 European Rental Awards in Riga on 15 June during the European Rental Association’s annual convention.

The Lifetime Achievement Award went to Spanish rental veteran Carlos Biosca Martin – a long-time leader of rental company Valser – while the Person of the Year award went to brothers Lars and Erik Sørby, founders of both Digiquip and rental company Sørby Utleie. 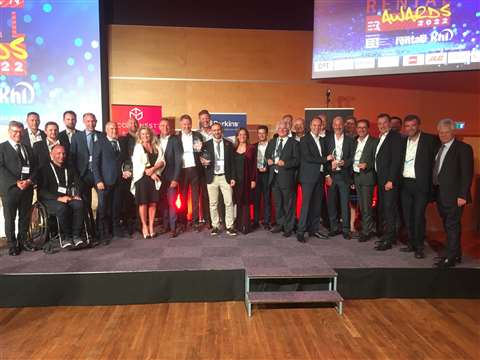 Loxam was recognised by the ERA’s Sustainability Committee for its carbon reduction initiatives, while Denmark’s GSV won the highly-contested digital innovation award.

The Product of the Year was Manitou’s new ULM compact telehandler, and the other manufacturer to win on the night was Briggs & Stratton, which received the ERA Technical Committee Award for its training materials for rental companies.

The awards are organised jointly by International Rental News and the European Rental Association, and the host was Dutch journalist and broadcaster Maarten Bouwhuis.

The judges’ comments on each of the award winners were as follows:

Large Rental Company of the Year: Zeppelin Rental
“Zeppelin Rental recovered quickly from the pandemic, posting record revenues and profits in 2021. It also continued to grow and innovate, with its Rental+ and the 10th anniversary of its EcoRent brand.”

Small and Medium Sized Rental Company of the Year: ToolQuick
“ToolQuick has adopted a well-defined and effective model for its small tools rental business, combining stand-alone and in-store locations. It is also pioneering the rental of compact electric machines.”

Rental Product of the Year: Manitou’s ULM telehandler
“Designed for easy transport, the ULM is the perfect example of a product created with rental companies in mind. We also liked the exceptional visibility provided for the operator.”

Best Digital innovation Award: GSV Materieludlejning
“GSV digitalisation project offers a template for any rental company wanting to digitalise its operations. That they did so during a period of rapid growth says a lot about the way the company is managed.” 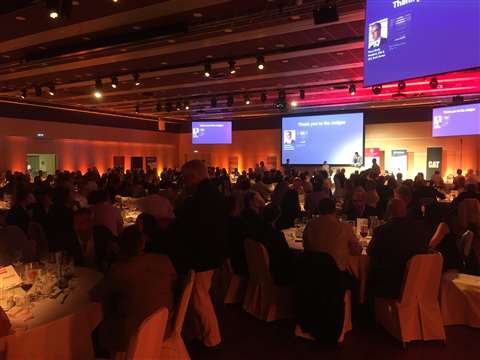 More than 340 people attended the awards dinner in Riga during the ERA’s annual convention.

ERA Sustainability Committee Award for the Best Carbon Reduction Initiative: Loxam
“Loxam’s investment in the clean power solution and its work with its client demonstrate how rental can play a key role in creating a low carbon future.”

ERA Technical Committee Award: Briggs & Stratton
“It was a coincidence that two engine manufacturers were shortlisted this year, but it does illustrate the commitment of engine suppliers to the rental industry. The committee wanted to highlight a manufacturer who had created training materials adapted for rental and was particularly impressed by Briggs and Stratton’s training videos.”

Lifetime Achievement Award: Carlos Biosca Martin
“The lifetime achievement award aims to recognise an individual who has spent a career in the rental industry. At this stage in our industry that means - by definition - a pioneer.

Our recipient is just such a pioneer in Spain’s rental industry. At 76 years of age, he has dedicated most of his professional life to the rental and construction equipment industry.

After finishing his engineering studies he began his career in 1970 working for a distributor of brands such as Komatsu, Benati and Dynapac. In 1979 he switched to the rental sector and became manager of Valser, a small, newly established rental company in Valencia.

He has dedicated the last 40 years to this company and has steered it to become one of the key players in its regional market. He is still active today as an advisor to the business.

Beyond that work, he was a constant presence in the activities of the Spanish rental association ASEAMAC. He and his company were founding members of the association and he still holds the position of treasurer.

He has promoted rental in Spain by helping to create a real unity of purpose and cohesion among its members, whether rental companies, manufacturers or distributors. To this day there is not a person in Spain’s rental industry who does not know and appreciate his contribution.”

ERA/IRN Rental Persons of the Year: Lars and Erik Sørby, Digiquip & Sørby Utleie
“The brothers created their own rental business Sørby Utleie in 2005 – a company which is now thriving in Norway with 50 employees.

They might have qualified for the person of the year accolade alone for what they have achieved with that company, including the opening of a sustainable rental depot with solar panels, water recycling and great facilities for staff and customers.

But last year saw them take great strides with a new company, DigiQuip, that they created in 2019. DigiQuip is an e-learning and documentation platform for OEMs, dealers, rental companies, machine operators and contractors. The platform gives easy access to training materials and machine documentation, allowing companies to track training activities and individuals to maintain their own training records.

The business now employs seven people full time in Norway as well as a software development team in Serbia.

The two recipients, in addition to developing a successful rental business and the new technology business, have also contributed towards the development of the rental industry in Norway. They take part in national security committees, volunteer as firemen, and in late 2021 were voted local business of the year for their contribution to job creation in the community.”

The sponsors of the awards were: 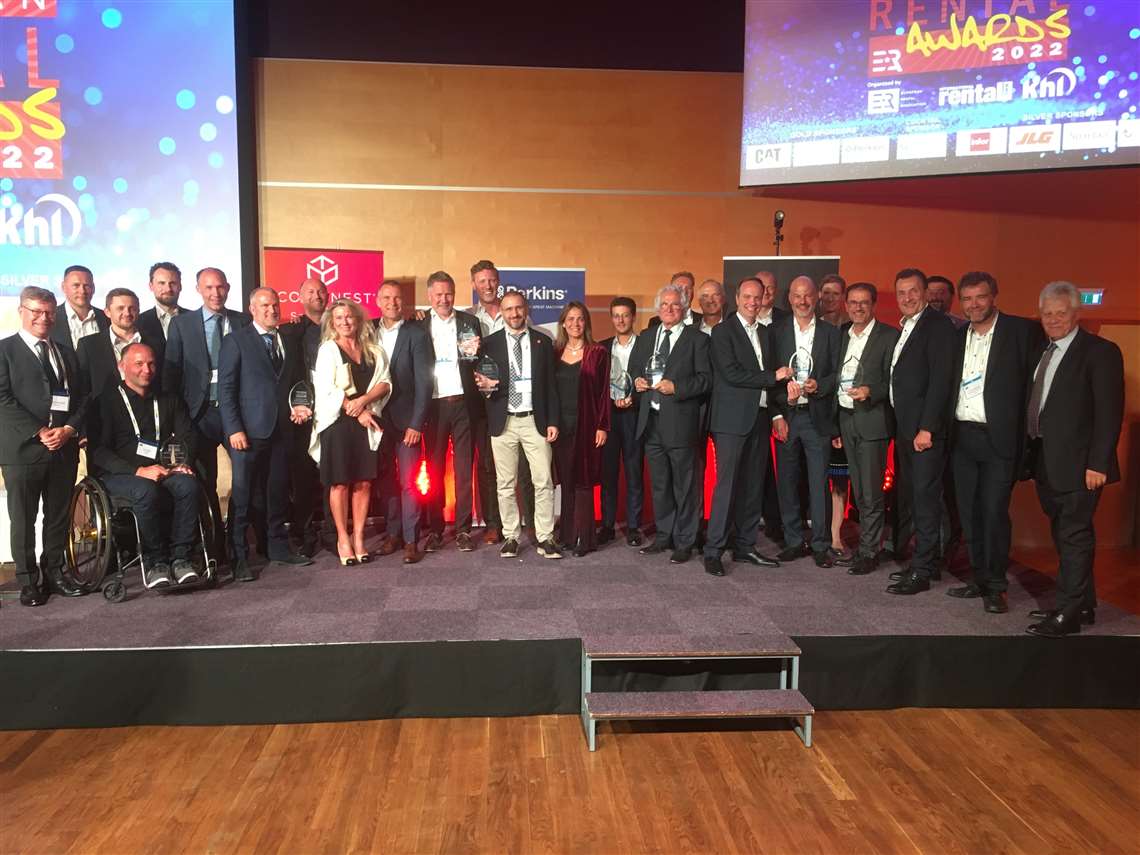 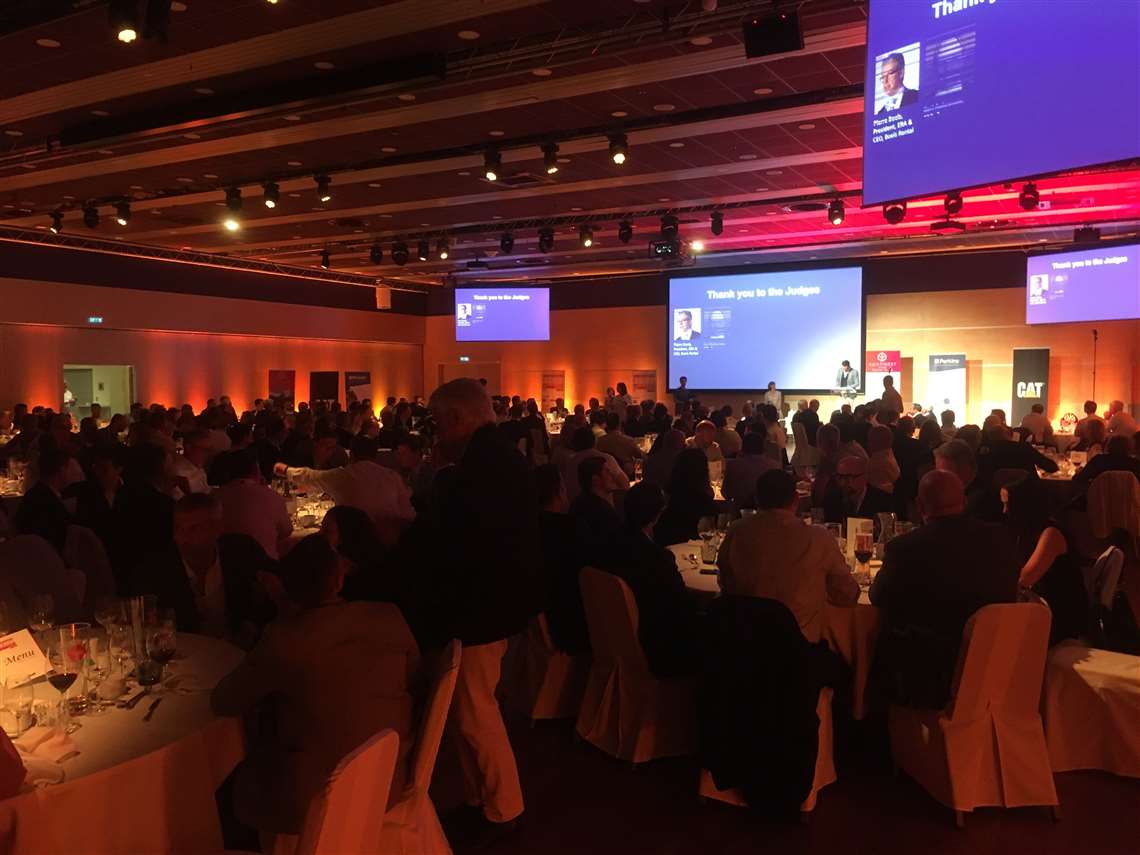 More than 340 people attended the awards dinner in Riga during the ERA's annual convention.
Previous Next ×