In November 2022 United Rentals announced it would acquire Ahern Rentals for US$2 billion. Aggreko followed that with two deals of its own - UK-based Crestchic for £122 million and Resolute Industrial in the US for $440 million. What were the EBITDA multiples for the deals, asks rental consultant Jeff Eisenberg, and what does it mean for rental company mergers and acquisitions today?

Last year saw a high level of merger and acquisition (M&A) activity in major rental markets, particularly the US. Most private equity deals do not release the detailed information that United Rentals does for its shareholders. Aggreko, meanwhile, is a private company having been taken off the London stock exchange by TDR Capital and Isquared Capital in August 2021.

Before we look at the United and Aggreko deals in detail, let’s remind ourselves about the use of EBITDA multiples in M&A.

What’s the right multiple?
Why is the EBITDA multiple or Enterprise Value calculation used to value companies anyway? The core reason is that it helps compare companies with different profitability caused by different depreciation policies and other factors. It looks at the revenue, less the costs and overheads, giving the Earnings Before Interest Tax Depreciation and Amortization (EBITDA). Then it looks at the debt and or equipment that it takes to make the earnings. 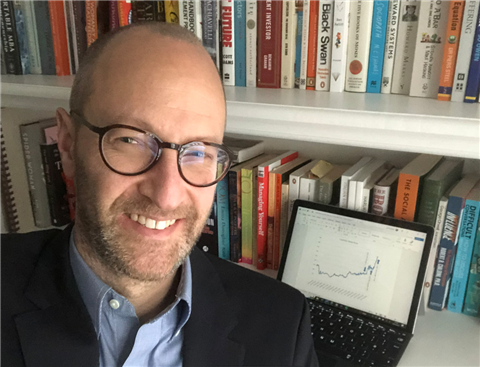 After hundreds of acquisitions, the market has rules of thumb and experience showing EBITDA multiples often in the 5 to 7 x EBITDA range for rental company acquisitions. Usually this is based on the last twelve months of trading before a price is agreed, perhaps with adjustments for trading surprises during due diligence and contract negotiation.

However, there is a lot more art and a lot less science to these negotiations than the financial experts would have you believe. Most rental acquisitions where the detail is visible are in the US, Europe and UK, where stock markets and other factors push values higher (more later on this).

EBITDA itself is not a strictly defined accounting term and has no Generally Accepted Accounting Principle (GAAP) definition. For rental, some of the first questions about EBITDA include ‘is profit on sale of used rental fleet part of EBITDA?’; ‘How about if I refurbish my own equipment?’; ‘Do we adjust out COVID costs, or benefits?’; or ‘What about above normal company expenses like servicing the owner’s Ferrari?’.

When we are comparing companies using publicly available data, I always warn that it’s difficult to see the whole picture. Companies show what they want to show, usually with some delay, and often hiding information from competitors, or putting a positive spin on things to please or attract investors.

Some companies report numbers conservatively for a variety of reasons, such as minimising tax or keeping hidden reserves for a rainy day. Other companies report profitability aggressively to sell, or help negotiations when raising money. Management bonuses can depend on annual profitability, which can encourage short-termism.

What makes an acquirer willing to pay a higher multiple?
A good workforce and leadership in the company make everything happen: choosing and leaving markets, keeping risk and reward balanced, growing profitably and sustainably. Markets and equipment categories all have their own specifics, which can be incredibly complex. This includes companies that move, or can move, equipment around the world to ‘follow the work’ through different economic cycles.

Risk
How risky is an acquisition? The answer includes geography, including whether or not the target company has common customers with the acquirer. Equipment and markets that are known by the acquirer and perhaps already in their fleet also helps manage risk. Other factors include customer collections being dependable in some geographies, a well-functioning legal system, and a customer base that is itself financially healthy. Rental industries that serve multiple, diversified industries help this.

Growth or growth potential
Is the target company growing; will it grow? How good, and motivated, is the workforce and management? Can the company make returns enough to replace equipment with new equipment, and still pay shareholders their required return – and despite inflation or obsolescence risk? Is the fleet age manageable, within the industry averages? Is the company unique enough to ensure future growth? Does it have unique branding, technology and operations?

Profitability
Will the acquisition make the buyer a good return, even if the acquisition price is ‘expensive’? Stock market listed companies often use the phrase ‘accretive to earnings’. In plain English it means that buying the company will add to the acquirer’s profitability, even after taking into account interest for extra borrowings for the acquisition and ‘goodwill amortisation’. 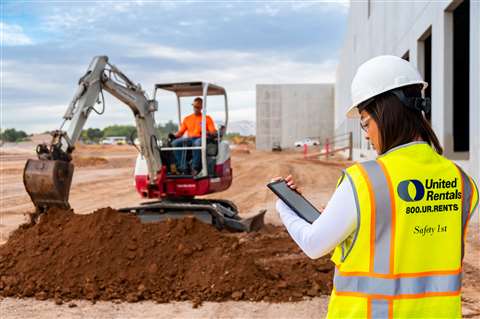 If the company is acquired paying more than the book value for the equipment, then a ‘goodwill’ asset represents the extra value (normal for 6x EBITDA acquisitions). This goodwill is usually depreciated over a period of 10 years, with an annual impairment test. Part of the ‘accretive’ argument includes synergies with the acquiring company - see more detail below.

Competition for acquisition targets
In markets with the most M&A activity, investors of all types have a great deal of ‘dry powder’. In other words, this means there is a lot of investor money chasing a limited number of good targets.

Banks that readily finance the rental industry help a great deal. Regions that have this, coupled with good information, low interest rates and good legal systems, mean that quite large multiples can be paid for by taking loans against a target acquisition company, its equipment and cashflow. This tempts publicly traded companies, private equity and family offices to offer higher prices and compete for targets. Price competition for a target company, real or implied, will push the value up. A good advisor to the seller will use ‘competitive tension’ to keep upwards pressure on the price and timing of the process.

However, excitement caused by short term traders trying to find or second guess the next earnings report (and therefore the stock market value) mean huge swings in share price are common over time.

In 2009 United Rentals was worth $250 million (market capitalisation) with $2.4 billion of revenue and $605 million EBITDA, while on 11 January this year it was worth $26.72 billion, with more than $11 billion in revenue (trailing twelve months (ttm) to September 2022). This is over 100 times more valuable on six times the revenue. Today, United is worth over 7x EBITDA on the stock market (11 January) while in 2009 it was worth less than one year’s EBITDA.

United and Ahern
So let’s look at the recent acquisition deals, starting with United’s acquisition of Ahern Rentals. The headline EBITDA multiple for United buying Ahern was 6.5 x the trailing twelve months. United also reported the multiple “net of cost synergies and the net present value of tax attributes” is 4.5x EBITDA.

This post-synergy reporting means several things. It demonstrates to stock market analysts that both the acquisition price discipline and synergies are priorities, and that private equity or other buyers who may lack synergy will have to, in effect, pay more.

The post-synergy calculation is also reported by Herc Rentals in its investor reports. In the last twelve months, Herc has acquired 16 companies, valued at $441 million, for a total EBITDA multiple of 5.5x, and a “synergized multiple” of 4.0x to 4.5x.

United states several M&A objectives in acquiring competitors in its investor presentations. The “grow the core” business objective has been at the heart of United’s strategy since the 1990s. The efficiencies and value creation of becoming part of United are many. Cross selling products to United Rentals customers; taking advantage of United’s purchasing power; sharing head office expenses; and tax benefits related to the purchase of assets: these are all quantified for United’s larger acquisitions. But let’s not forget the fundamentals of sustainable growth, combined with steady or ideally increasing profitability. 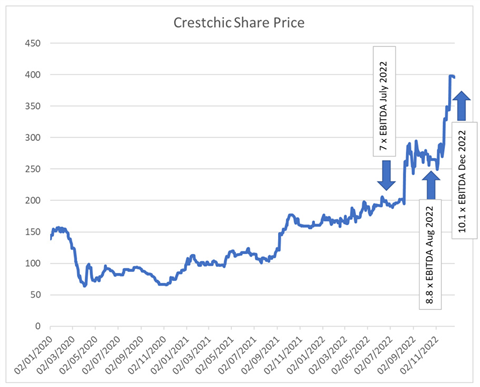 Aggreko announced on 4 January 2023 it was acquiring US-based Resolute Industrial, an HVAC rental specialist for $440 million, and reported $53 million of EBITDA. That means an EBITDA multiple of 8.3x. Resolute was owned by AE Industrial Parnters, a private equity investor, so much less financial information is available.

Crestchic with its high multiple saw a huge increase in profitability in the last year. It is positioned well for growth in high value markets, was already traded on the stock exchange for a multiple over 7x EBITDA, and has no similar global competitors (other than the even larger Aggreko that acquired it). Crestchic was perhaps expensive from a multiple point of view, but Aggreko has judged the potential to be worth the money: Crestchic’s know-how and equipment matched with Aggreko’s reach and resources.

Ahern and Resolute operate in quite different markets. It’s easy to see why United wanted AWP specialist Ahern, considering that United has previously reported aerial work platforms as their largest rental category. This, plus the other synergies, makes it a good fit, and 300 acquisitions later, the stock market showed its approval as United’s share price has steadily climbed up near its all-time high above $378 per share (12 January).

United’s market capitalisation is $26.6 billion - which is larger than the total rental market in most countries - but with around 15% of the US market it remains attractive to investors.

What does it mean for rental M&A?
What do these multiples mean for the rental industry? Are they applicable to companies in other geographies and to other equipment categories? 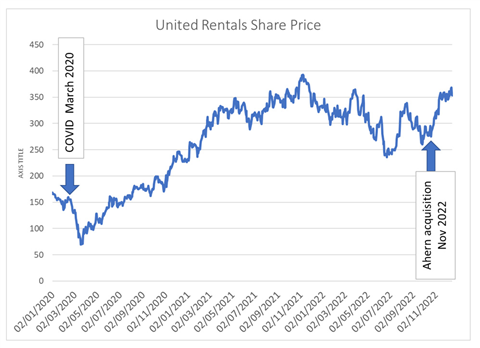 Some of the premium paid for these acquisitions is related to the stock market. Crestchic’s earnings growth and its small capitalisation AIM market status helped its share price jump from 67 pence to above 250 pence before the acquisition. United Rentals’ market capitalisation has risen by more than the $2 billion price since the Ahern acquisition was announced.

The US market is currently commanding a premium price for good rental companies, compared to the UK and Europe, Middle East and Asia. The US has several rental companies that show detailed financials and more. A deep look into investor presentations from United Rentals (required reading for the rental industry, in my opinion), Ashtead, Herc, H&E and others show surprising detail on rental margins, utilisation and even, in some cases, rental rate averages.

Rental rates in the US are mostly on a strong upward trend, helping profitability. Anecdotal evidence says Europe, the UK, Middle East and other major markets have less rental rate growth. All this information gives great comfort to investor analysts in the US.

Does this mean that a single depot rental company in with an ageing fleet and flat financials is worth 6x or 10x EBITDA? It depends on the items previously listed: what is the risk, the potential future profitability, and synergy opportunities? Are there multiple interested acquirers? Are there any premiums for an exciting geography with easy to collect customer receivables and helpful banks and stock markets?

The steady stream of acquisition announcements and investor confidence in rental, despite wider uncertainty and inflation, is good news for the industry.

Jeff has been in the rental business since starting at Genie in the 1990s financing rental company expansions. He has advised, started, run, acquired and sold rental companies on multiple continents.

Currently he is a non-executive director at UK-based Smart Platform Rental Ltd, and advises other clients around the world, particularly on M&A. Contact +44 7900 916933; jeff@claremont-consulting.com 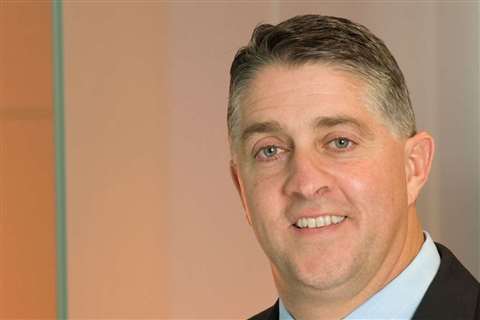 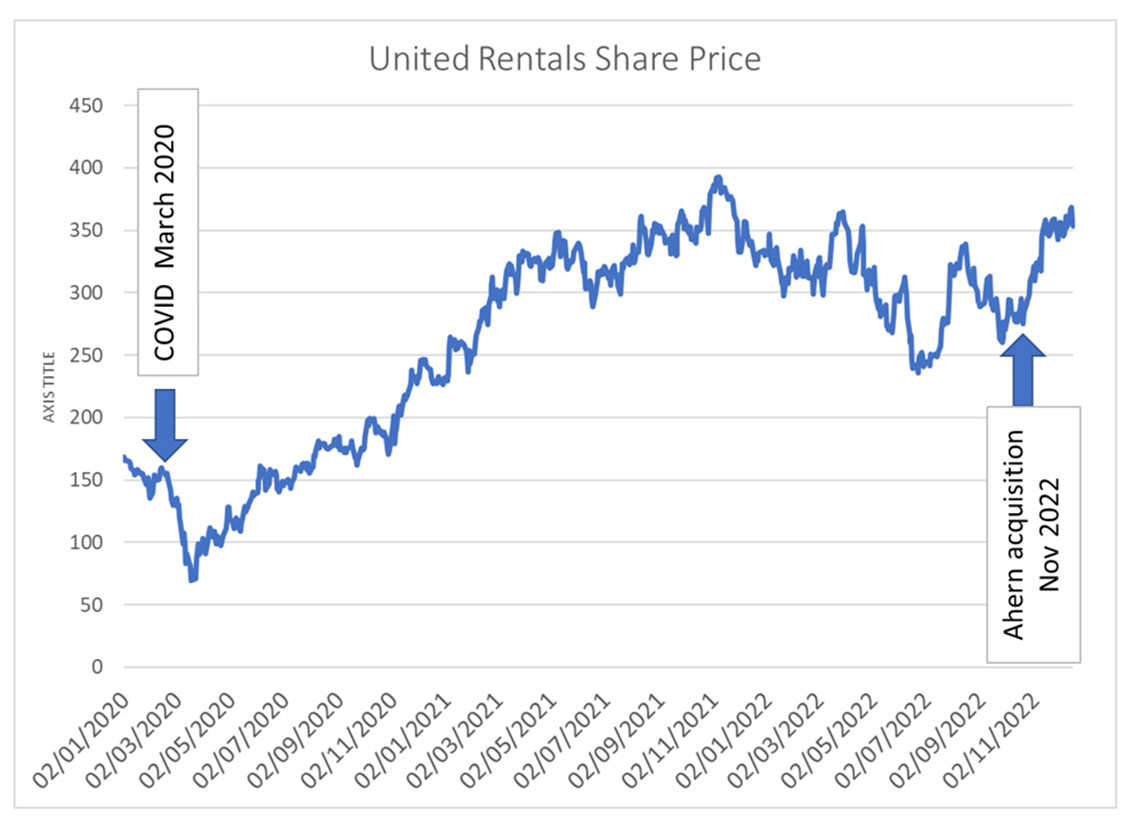 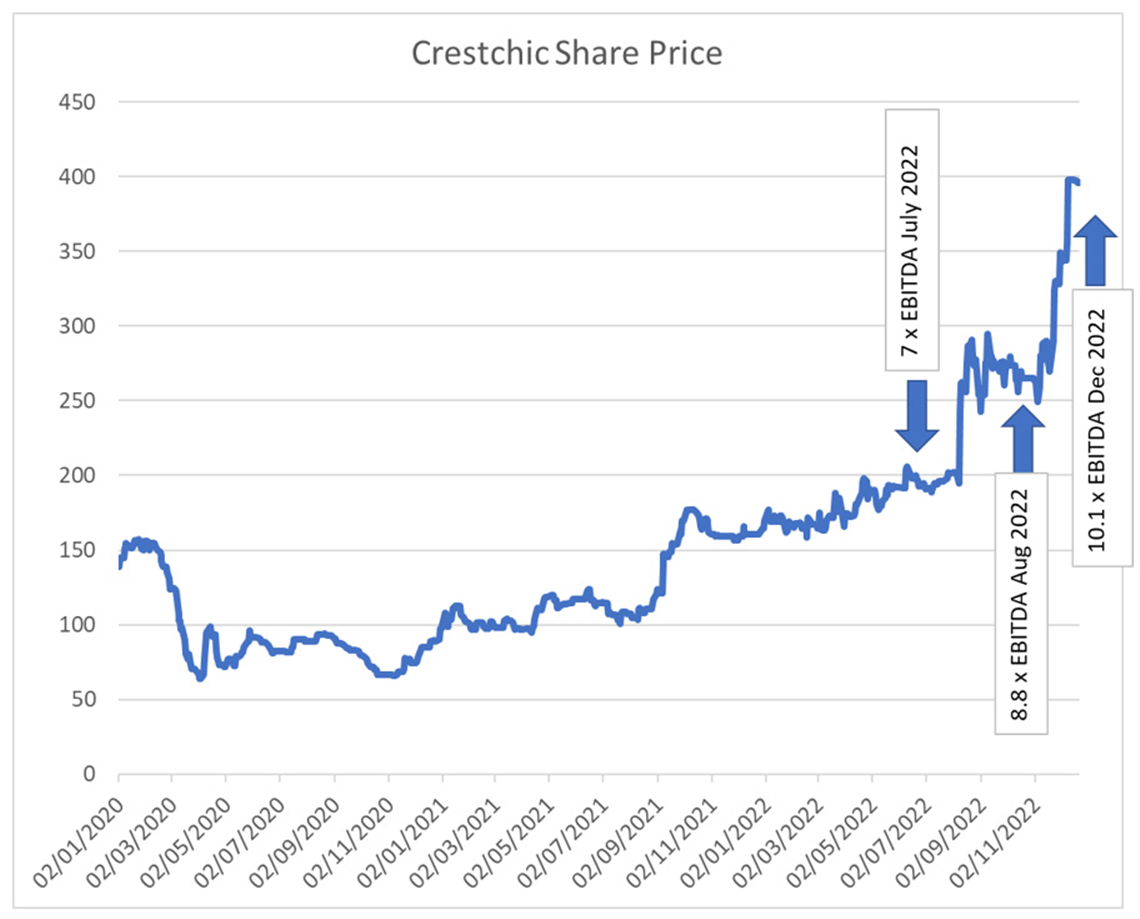