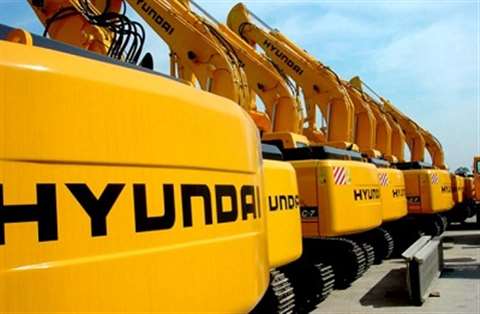 Despite a sales decline for Hyundai Heavy Industries (HHI) – which includes the group’s construction equipment division – the first quarter of 2016 resulted in an operating income profit, ending a run of nine losing quarters.

The South Korean company said that there had been a noticeable improvement in construction equipment business.

The group, which includes shipbuilding, offshore and engineering, industrial plant and engineering, engine and machinery, electro and electric systems, and green energy divisions as well as construction equipment – said it had returned to the black as a result of a number of reasons, including the phasing-out of low-price shipbuilding contracts, stabilisation of manufacturing processes for offshore and industrial plant business, and reduced material costs.

It also cited the weakening Won and a noticeable performance improvement of non-shipbuilding businesses including engine and machinery, electro electric systems and construction equipment.

The group said that 2016 consolidated earnings had not deviated much from the annual performance goal set early this year.

HHI also attributed the turnaround to a series of “drastic and comprehensive restructuring measures” launched in 2014 by its top management “in an effort to tide over the protracted crisis”.

As a part of these measures, HHI instituted profit-focused restructuring by liquidating unprofitable businesses and overseas incorporated firms, such as Hyundai Cummins Engine Company and JaKe (gearbox manufactuer Jahnel-Kestermann).

It said that in an effort to put more emphasis on its core businesses, HHI spun off the industrial machinery unit of its engine and machinery division, and disaffiliated its trading arm, Hyundai Corp, from the HHI group.

The group said, “From now on, we will assess each division’s performance by its level of competitiveness in the respective business fields.

“Although we have turned a profit in the first quarter of this year, we will concentrate more on cutting costs in case of a falling order backlog.”