How is Volvo utilising hydrogen technology?

Volvo CE is testing the possibilities of hydrogen technology as part of a diversified approach to solving the decarbonisation challenge, writes Belinda Smart. 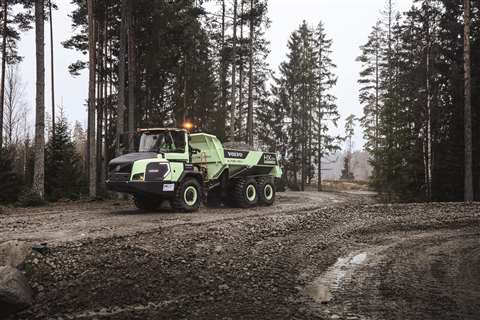 With the only by-products in powering the vehicle being water vapour and warm air, the move certainly marks new terrain in hydrogen technology; at the same time, Volvo is clear that hydrogen remains just a part of the decarbonisation journey.

It’s also still a distant milestone, as Toni Hagelberg, Head of Sustainable Power Systems at Volvo CE, tells IRN; “This is still a technology very much in its infancy and it needs to mature in several aspects – technically, commercially and in regard to availability,” he says.

And while battery-electric vehicles and biofuels are commercially available today, their hydrogen equivalents are more likely to emerge in the second half of this decade.

When that time comes, Hagelberg sees opportunities for the rental sector in hydrogen power; “It would enable the rental sector several options to offer their customers more sustainable construction equipment solutions. For example, it would serve as an alternative fuel in places with limited access to electric power and for heavy machinery that is unsuitable for battery electric solutions.”

So much for the future, but Volvo is already seriously engaging with hydrogen. The Cellcentric joint venture between Volvo Group and Daimler was established in 2021 to accelerate the use of hydrogen fuel cells.

Hagelberg confirms around 700 Cellcentric patents have already been issued, helping define a plausible future for hydrogen power, albeit as part of a wider mix.

“Fuel cell technology is sometimes seen as a competitive technology to batteries. For us at Volvo CE and Volvo Group, though, it is instead one of several paths to zero emissions, alongside batteries and biofuels. We believe these technologies can complement each other and provide more options for Volvo Group’s customers’ own decarbonisation journeys,” he says.

“Consequently, Cellcentric’s remit is to not only adapt existing fuel cell technology, but also develop a new generation of fuel-cell systems to meet the complex and special needs required across the heavy-duty segment. Those needs include longer lifetime, higher voltage level and higher performance class.” 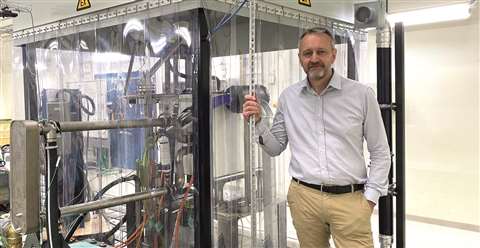 Volvo’s hydrogen fuel cell test lab, established in May last year, is focusing on what Hagelberg describes as “the complete fuel cell system”, including components such as fuel cell stack, batteries and electric motors. Volvo is using testing to understand how to optimise components and control algorithms for different machine types and applications.

The test cell has also proven important “to better understand how complex systems interact with complex use-cases,” he says.

To date, the big question about hydrogen is whether it’s solely a solution for larger machines or has wider application for smaller equipment. Thus far, the conclusion is that hydrogen fuel cell powered solutions seem to be suitable in applications where energy consumption is high due to the size or application of the machine, Hagelberg says.

But he also points out that another driver for the use of hydrogen/fuel cell is a forecast lack of electric infrastructure at the site, or a shortage of green electricity.

The HX04 project has also been a catalyst of sorts, as Carolina Diez Ferrer, Head of Advance Engineering programs at Volvo CE, explains.

Energy for the vehicle comes from hydrogen and does not require an external power source. Instead, a fuel cell produces all the power, which is distributed to the battery and the drive train. Fast refuelling is possible and there is no degradation in cold climate; and that’s not all.

“Powering the Volvo HX04 with renewable-based hydrogen means there are no tailpipe pollutants or greenhouse gases emitted – in fact, the only by-products are water vapour and warm air. In the process, fuel cells produce heat that can be used for heating of the cab and the battery pack.

“Since it’s an electric machine, the driving experience is similar to a battery-electric machine, meaning there is no engine noise, and it has a fast start and the possibility to recover braking energy.”

Beyond the properties of the vehicle, “This project has allowed us to grow our knowledge across everything from hydrogen safety to tank systems, fuel cells to H2 storage and refilling, and in turn helped us build a better understanding of the potential for this technology in the construction equipment industry,” Diez Ferrer tells IRN.

“The testing of the HX04 prototype will help us take further steps towards understanding how hydrogen technology can play an important role alongside battery electrification and renewable fuels towards net-zero.”

Volvo CE’s approach is - and will continue to be - “exploring multiple technologies for different applications as the best way forward to enable decarbonisation,” says Hagelberg.

The OEM has a range of battery-electric solutions for smaller compact machines and larger battery-electric machines currently in customer pilots; and it is also looking at internal combustion engines powered by biofuels.

And of course, a consideration with hydrogen as with other fuels, is emissions reduction not just from machines themselves, but from the production of the fuel source.

“We fully recognise that CO2 challenges need to be addressed with a ‘well-to-wheel’ approach where the emission from the energy production must be considered in tandem with the production of our fuel cell solutions themselves. This is why we invest in green hydrogen,” says Hagelberg.

Diez Ferrer agrees that the future of power – including but not limited to hydrogen - lies in a mixed approach.

“There will not be one single technology solution that can decarbonise the construction industry,” she says. “We are exploring several solutions, of which electrification through hydrogen fuel cell technology is one, and we’re still in early technology exploration when it comes to how fuel cells are applied to construction machinery.” 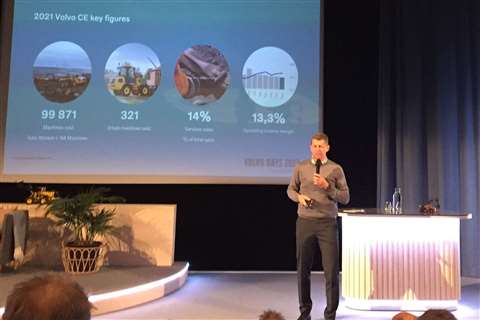 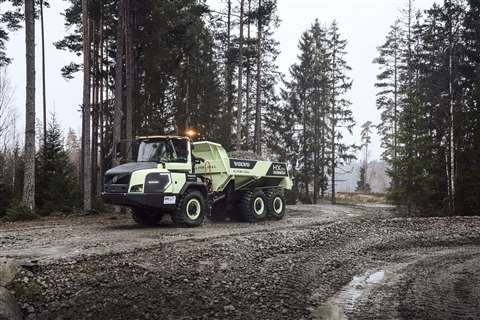