All expands with nine Link-Belts 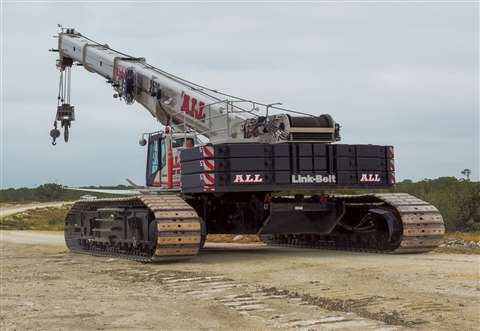 All will take delivery of the nine new units throughout 2021

This will bring All’s total ownership of TCCs to more than 40 units across its nationwide branches, the company said.

“Link-Belts are a staple of All’s daily taxi fleet,” said Rick Mikut, All Crane’s crawler crane division manager. “They provide fast setup and a high degree of mobility for customers across a variety of diverse industries.” TCCs are popular for power line and wind jobs and small steel and precast plank projects.

Mikut is particularly excited to be adding more TCC-800 units to All’s fleet, in large part because of its SmartFly system. “This will make job sites safer because it requires one section of the jib to be pinned before moving on to the next section,” said Mikut.