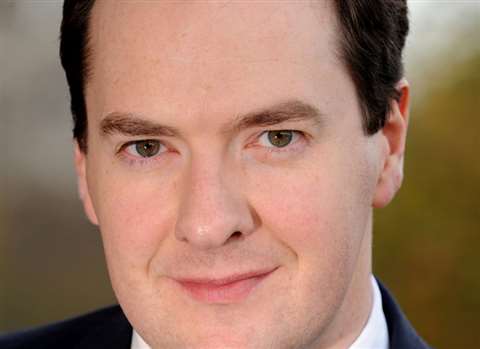 The UK’s second Crossrail project in the capital has been given the go-ahead by Chancellor of the Exchequer George Osborne in his annual Budget Statement, when he committed £80 million (€101.90 million) for the continued planning of the rail scheme.

The first Crossrail running east and west across London, now nearing completion, has been the largest construction project in Europe. Crossrail 2 will run north/south. The Crossrail 2 Growth Commission was set up last year.

Osborne also said that he was following the recommendations of the National Infrastructure Commission, also created last year that stronger transport links were needed across the north of England.

As a result, he has given a green light to the High Speed 3 (HS3) rail link between Manchester and Leeds, while he has said he would find money to create a four-lane M62 motorway, and “develop the case” for a new tunnelled road from Manchester to Sheffield.

Rob Oliver, chief executive of the UK’s CEA (Construction Equipment Association), welcomed the recognition of the work of the National Infrastructure Commission, but was more concerned about exports of UK-made machinery.

He said, “The Budget Statement told us a number of things we already knew – not least that the export-led growth predicted by the Chancellor a parliament ago has proved to be illusory.

“Many of the other major, and emerging, economies are not performing well and as a result are not buying our UK manufactured construction machines in the numbers we need.”

He continued, “It was, however, good to see him give a nod to the value of the new National Infrastructure Commission and their championing of Northern transport links, plus Crossrail 2.

“HS3, the upgraded Manchester to Leeds rail link, has been given the green light, but let’s hope it doesn’t encounter too many red lights on its way to delivery, as other major projects have.”

She said, “The Chancellor has rightfully recognised the value of infrastructure investment, both for the present and future generations’ benefit.

“The government’s support for the National Infrastructure Commission is encouraging and the list of projects given the green light such as HS3, Crossrail 2 and numerous other schemes across the country will please everyone in the construction supply chain.”

She added, however, “Still, we are very mindful that announcements are one thing but spades in the ground are another thing altogether.

“We therefore welcome the announcement of a National Infrastructure Delivery Plan which we hope will provide clear, short-term delivery details for major projects and give manufacturers and builders the confidence they need to invest in skills and manufacturing capacity.”

Patricia Moore, UK head of infrastructure for services company Turner & Townsend, said, “This long-term investment in vital infrastructure is clear recognition that we need to catch up with continental Europe and be globally competitive.

“But like any major spend on infrastructure, you need effective cost control mechanisms set up or you’ll burn through money.

“Major programmes need the skills, capacity and resources in place to deliver efficiently and each of these new transport programmes must guarantee the best value for money for taxpayer and client.”