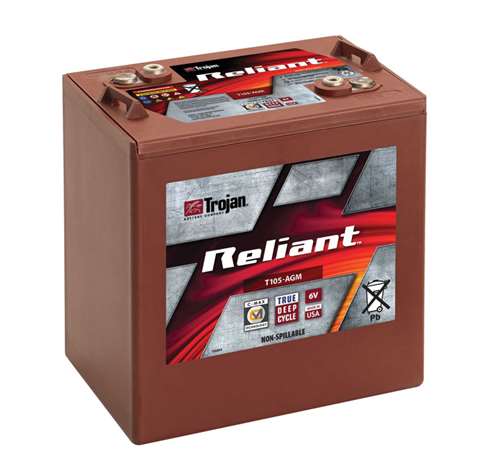 Reliant AGM is manufactured in the U.S. at Trojan’s newest production facility in Sandersville, GA and applications including aerial work platform use will benefit from this true deep-cycle design. Reliant AGM is also designed to power equipment used in locations where regulatory mandates require use of non-spillable batteries such as airports, healthcare facilities, shopping centers, educational institutions and more.

“Trojan’s Reliant AGM is specifically engineered for deep-cycling applications, unlike most AGM batteries on the market today which are designed for dual-purpose or standby applications, such as UPS backup,” said Dave Godber, Trojan Battery’s executive vice president of sales and marketing. “Trojan has focused on deep-cycle technology longer than any other battery manufacturer in the industry and has utilized our extensive expertise and knowledge in developing the industry’s most reliable deep-cycle AGM battery.”