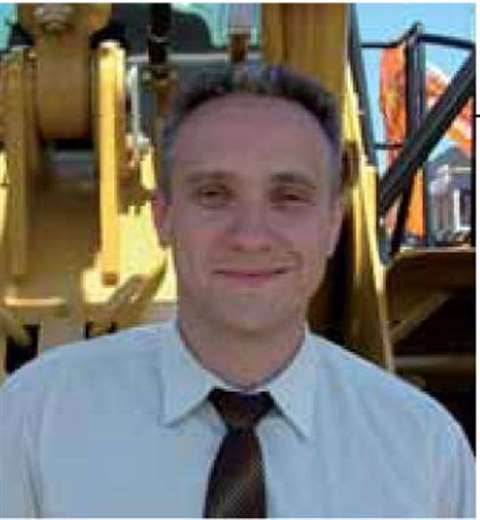 Alexander Lyubin of Caterpillar CIS's rental and used equipment division: “the Russian rental market could be worth as much as €300 million a year”.

There is no doubt Russia's construction equipment market is booming, not just in sales of equipment - which grew by 25% to €1,57 billion last year - but also for rental companies.

“With the construction market in Moscow and St Petersburg alone worth an estimated €60 billion a year at present, I think the rental market could be worth as much as €300 million a year,” says Alexander Lyubin, of the rental and used equipment division at Caterpillar CIS.

Mr Lyubin says rental is “not really developed” in Russia and he is currently conducting research into how much the market could be worth and how Cat will approach it. “We have a dealer in the Ukraine doing rental, which is very successful, and this will be the model for Russia,” says Mr Lyubin. He expects Cat to have three dealers “doing rental” by 2008.

Demand for rented equipment, rather than sales, comes mainly from the plethora of foreign contractors active in the country, says Jean-Claude Doucene, sales director for Potain tower cranes in the CIS territory (Potain is part of the Manitowoc Crane Group.). They are helping fulfil the huge demand for high-rise residential units, he tells IRN, coupled with the “fairly new phenomena” for shopping centre construction, offices and, further afield, the burgeoning oil and gas sector.

Cat's Mr Lyubin says it is these western contractors who are leading the pack in terms of demand for rental products. “They are used to dealing in rental, so the growth of their activity in the country and the CIS region, is a definite opportunity for rental companies,” he says.

What is spurring all this construction activity, says Mr Doucene, is political stability, which he expects to continue after the presidential elections in March next year. Besides this, the government is cash- rich thanks to its huge oil and gas reserves, while foreign investment is also on the rise - almost €5,6 billion worth of deals were signed by foreign companies at the recent annual St. Petersburg international economic forum. Economic growth will hit 7.5% in the first half of 2007.

What this means, says Mr Doucene, is that the rental and sales channels should develop “at the same speed” over the coming years, at least for Potain's tower crane and Grove's all-terrain crane businesses.

The construction market is so dynamic, he says, that contractors “don't know what work they'll have tomorrow”. Rental will, therefore, help “fill the shortfall” in demand for new machines the crane industry is currently experiencing worldwide, he adds.

Like Cat, there are other companies looking at Russia's rental market, including Volvo Construction Equipment (VCE) and Germany-based concrete pump and boom manufacturer Putzmeister.

He says that with VCE's Russian operation recently playing host to a high-level Volvo Rents group, and with rental rates “very high” and demand “very big”, the question of where and when VCE gets in on the action is “under evaluation”.

While the company may not at present have its own rental operations in Russia, it does, like many of the major foreign players in the market, supply rental equipment companies.

According to Mr Komov, these companies are mainly buying compact equipment, such as backhoe loaders, and at the larger end of its product offering, crawler excavators from 20 to 30 t. “There's also a big demand for wheeled excavators, but the problem is availability, we've already sold everything we have for this year,” he says.

While VCE is considering its options, Putzmeister is finding it hard to break into the market for slightly different reasons. “At the moment demand on the sales side is so high we don't have enough machines to offer rental,” says Andreas Milow, general director Putzmeister-Rus.

However, he tells IRN that, “we see it as a potential market, particularly in Moscow. Outside that it's difficult to tell, but it's certainly a market for the future for our truck mounted and stationary concrete pumps and booms.”

The access equipment sector is also seeing some development in rental. This has partly been through the activities of Finnish rental companies Cramo and Ramirent, both of which have rental operations in Russia, but also through a high demand for hoists for use on the big office and residential projects, particularly in Moscow.

Now, however, there is evidence that a more conventional access rental sector is evolving, with some companies investing in self-propelled booms and scissors.

Here is little doubt that Moscow-based LTech is at the head of the queue. “We started with just two machines five years ago, both scissor lifts,” says LTech's commercial director, Dimitry Malvinskiy, “ and now we have over 500 machines in our rental fleet.

“We've concentrated on offering the best machines available, including Haulotte, Genie, UpRight, JLG, Dinolift, Hinowa and MEC access platforms and scissor lifts, together with Safi, Scanclimber and Tractel hoists and MOOG bridge inspection units, and I think that's the key to our success.”

However, Mr Malvinskiy concedes the rental market is getting more competitive. He tells IRN the access market has been flooded with cheap, new and second-hand machines from Sweden. There were also rumours at the show that China's hoist manufacturer GJJ, among other manufacturers from the country, may try dipping its toe in the market in the near future.

Cat's Mr Lyubin points to other difficulties. “The market for second hand machines is huge,” he says, “which means starting a rental business with new machines is difficult.

“While the nature of the business says rental fleets should be new, a way round this would be for dealers to build up a rental fleet of used equipment as a way of getting into the market,” he adds.

LTech's Mr Malvinskiy says the key to “staying ahead of the game” is diversification. The company now offers Faresin telehandlers alongside John Deere skid steer loaders, while the latest addition to the access side of the business is a range of Wumag truck mounted access platforms, the first of which was handed over at the CTT show.

Although LTech is looking to expand, there are some sectors it won't be buying into, says Mr Malvinskiy. This includes cranes - although it does offer the small Valla industrial cranes - and earthmoving equipment, which are both “too well developed.”

With such a large fleet, the company could be in danger of over stretching itself financially. However, with utilisation rates “around 90%”, Mr Malvinskiy sees no problems. “Our rates are quite profitable”, he says. “For example an electric 12 m scissor lift rents at €1500, plus VAT (18%) per month, while a Dino 180T(XT) goes for €3500 plus VAT per month.”

There is no doubt that Russia's economy will continue to grow, although some economists are predicting a drop to 5,5% in 2008. However, any growth should mean further expansion of the country's infrastructure and continued high demand for both residential and non-residential properties.

All good news for those companies either already in the rental market or looking to get a slice of the action.