IRN regrets to report that Dan Kaplan, a true pioneer of the modern equipment rental industry, has passed away aged 78.

Dan had two distinct and successful careers in rental, first leading Hertz Equipment Rental Co as it became a major international rental business, and second as a high-level consultant and author on rental, consulted by banks, OEMs and the media for insights on rental. 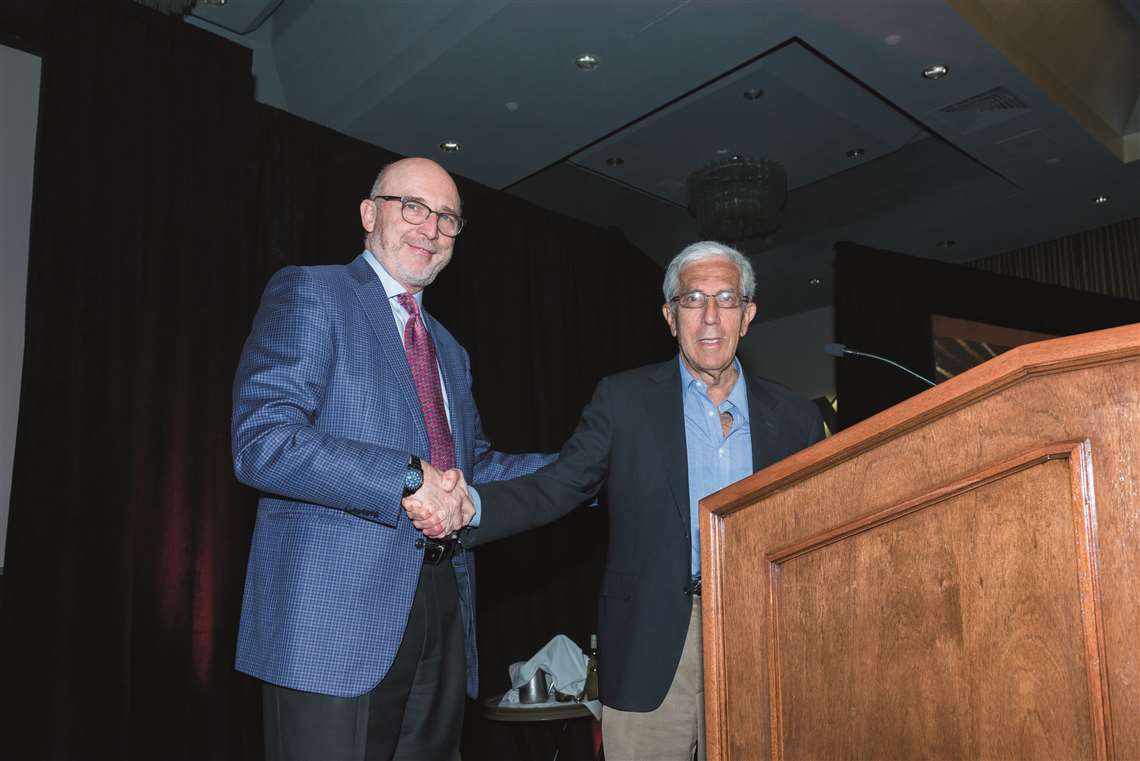 He was inducted into the ARA’s Hall of Fame in 2006 and was presented with the lifetime achievement awards at the IAPA awards in Miami in 2018.

On the occasion of the IAPAs in Miami, he was presented with his award by the then CEO of United Rentals, Michael Kneeland, who said; “we began working together in the early days of United more than 20 years ago. We’d visit branches together and just by using his two eyes and ears, he knew what had to be done to improve a branch operations.

“His sense of observation was equal to Sherlock Holmes. And he was extremely comfortable in speaking his mind. He never sugar-coated his message. I can tell you that from personal experience.

“His book, Service Success, published in 1994, has become a bible for anyone interested in the rental business. It is still the best introduction of the industry and I often recommend to people just starting out.”

Dan established his consultancy business in 1997, after 15 years as president of HERC, during which time he grew sales from $58 million to over $500 million, and expanded from 55 domestic locations to 140 locations worldwide.

Dan Kaplan speaking at the ARA’s Rental Show in February 2012.

In his years as a consultant he worked with rental companies all over the world - small and large, in developed and developing markets – helping them with their strategies and performing operational reviews of more than 2000 rental locations.

He was regularly consulted by financial institutions and equipment manufacturers.

Speaking to RER magazine in the US, Larry Silber, HERC Rental CEO, said; “We are deeply saddened by the passing of Dan Kaplan. Dan was a true pioneer, visionary, and innovator in the equipment rental industry, and created a legacy that those in the industry will benefit from for many years to come.

“He was a leader, mentor and friend to many people in our business and his influence was felt far and wide, from small independents to global equipment rental companies.

“Dan will always hold a special place in Herc Rentals as a central figure in our company’s history, and we were especially honored by his presence and remarks at our company’s annual conference and expo in 2018.”

This author worked with Dan on many occasions, often when he spoke at KHL events, and for the the first time in 1998 when he was keynote speaker at the APEX conference in Maastricht.

He was the first person to alert the global equipment industry to the rise of rental and forecast before anyone the creation of major, consolidating rental companies with international operations. He famously predicted in 1998 that US rental companies would “cut through Europe like a hot knife through butter.”

IRN sends its condolences to Dan’s family and friends.