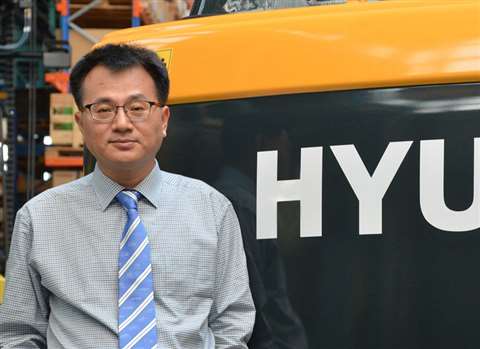 He began his career as an industrial engineer at Hyundai. He is now responsible for both Hyundai forklifts and the Hyundai construction equipment operation in the whole of Europe.

One of Jung’s first assignments will be to launch the new Tier 4/Stage IV-compliant range of Hyundai excavators, wheeled loaders and forklift trucks into the European market – the first territory to launch the new series.

He said, “In Europe, some potential customers have strong brand preferences, and although Europe is a highly competitive, saturated market, even their growth can be realised for a relatively new brand like Hyundai.”