Magni sets up in the UK

For the last three years Magni has been represented by the Forkway Group, its official distributor in the UK. The agreement came to an end in September last year as Magni decided to go it alone to increase market share. 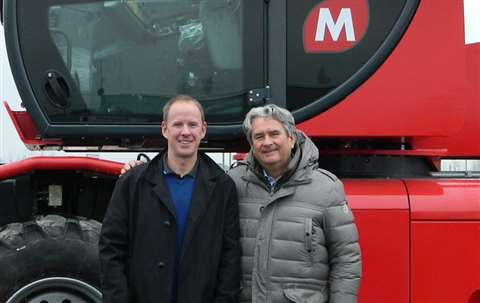 The new entity, Magni Telescopic Handlers UK, is a wholly owned subsidiary and is headed up by Alex White who previously working for Forkway representing the Magni brand.

The subsidiary is set to move into a new UK headquarters in Dorset by the end of March. The building is part way through a major refurbishment and when finished will hold a stock of machines and parts and will have comprehensive training facilities. However, this is just the start, as there are plans for a new purpose-built facility.

In 2016 Magni signed a deal with Zhejiang Dingli Machinery (Dingli), under which Magni has redesigned the company’s self propelled boom range and distributes Dingli scissors in Europe, in the name of Magni Dingli. The joint venture also allows better access to the Chinese market for Magni telescopic handlers.

Magni will be exhibiting at a number of UK shows in 2018 and will have demonstration machines available for customers.