Komatsu has introduced a new electric mini excavator to the Japanese market, aimed initially at the rental sector.

The PC30E-5, based on Komatsu’s experience with developing hybrid construction equipment and electric forklift trucks, was said to offer the same level of performance as its diesel-powered equivalent. The 4.7 tonne machine has a 0.09m3 bucket capacity and measures 4.95m long, 1.74m wide and 2.58m tall. 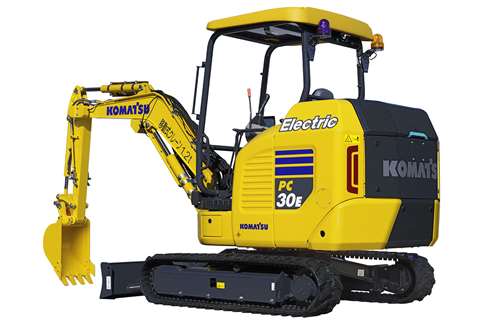 Originally launched at Bauma Munich as a prototype in 2019, the new electric model has been tested on a number of customer jobsites. Although it is being sold to the rental sector in Japan to begin with, it will later be marketed more widely.

The machine is equipped with a new high-performance charger and high-voltage transformer, both developed by Komatsu.

With standard charging, the PC30E-5 can be fully charged over night or when the machine is not being used for a long period. With the rapid charging option, the 36kWh battery can be charge to 80% of their capacity in a shorter period of time.

The battery has been designed to be easy and safe to maintain. No electrolytic liquid needs to be added, and the routine check-up areas are separate from high-voltage areas of the machine.

In addition, the number of routine check-ups has been reduced by the fact that there is no engine.

As well as producing no exhaust fumes, it was highlighted that this new model offers the benefit of being relatively quiet. This makes it suitable for use indoors, at night and in urban settings near residential areas or hospitals, for example. It also enables other workers on site to communicate verbally with the operator, thereby improving workplace safety.

The lack of engine also enhances operator comfort because there are fewer vibrations. 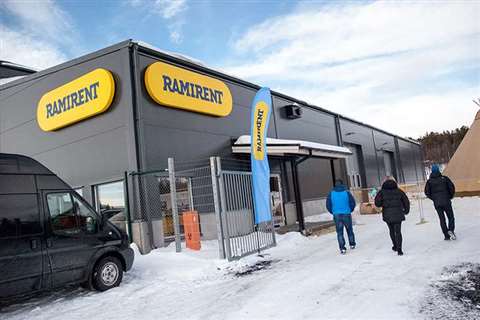