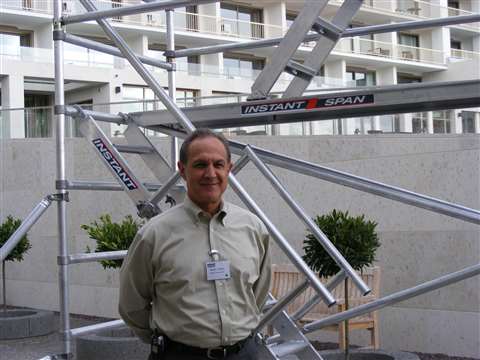 Stu Cohen and Santi Araya has been appointed to Instant UpRight's sales team. Cohen will serve as division manager of North America and Araya will cover South America as district manager.

Araya has been an active force in the access industry for over eight years, most recently managing Horizon High Reach Argentina, a rental house in Buenos Aires which was Haulotte acquired in 2008. Araya will work to develop and grow the South American market.

Cohen has worked with UpRight in North America since 1979, most recently taking on sales for Horizon Rental and United Rental depots in the US. He will focus mostly on growing and re-establishing the North American Dealer Network for the Instant tower product range.
Appointments Personnel Access Rental