FEATURE: The science of compaction 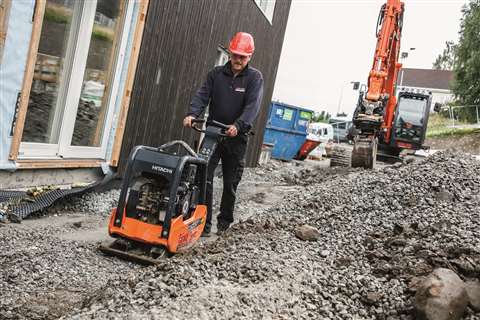 “The most significant construction advances often are slow to make their way to the rental industry, if in fact they arrive at all,” said Ammann commercial manager for light compaction Wladimir Drisner.

“That can be particularly true with technological advances – and often for good reason,” he explained. “Properly incorporating new technology into rental equipment presents obstacles, such including a steep operator learning curve and even training. These hurdles can be significant, given the often short-term nature of the rental industry.

“Technology can be expensive, too, and rental fleets often don’t want to make that investment – in part because of the time and cost of the aforementioned training. Why would a rental business pay a premium for technology that few of their customers can utilise?”

And these are all very good points, but there comes a time when the advantages of using technology on a certain piece of equipment start to outweigh the extra cost, and this tipping point appears to have been reached when it comes to compaction equipment.

In fact, manufacturers report that some contracting authorities are starting to specify the use of compaction technology on projects they award – such is the benefit to quality control and proof of performance.

Mr Drisner explained that the key to making compaction technology more attractive to rental customers was developing technology that was both intuitive and affordable.

“That’s been accomplished with the development of ACEecon. It’s an intelligent compaction system designed for smaller vibratory plates and hand-held compactors.

"It can be used by operators of all experience levels – without training sessions. As for cost, ACEecon is standard on many pieces of Ammann equipment that have a purchase price comparable to competitive products that lack the technology,” Mr Drisner explained.

ACEecon technology is borrowed from the biggest Ammann soil compactors and provides continuous, real-time information about compaction levels as well as an evaluation of when maximum compaction has been reached.

“These same benefits can now be realised on jobsites where hand-held machines are used. While the sites might be smaller, the percentage of savings can be just as substantial. ACEecon prevents unnecessary passes on the smaller sites, too. This can dramatically reduce labour costs, machine wear and even fuel usage. It also lets a crew leave the jobsite with the confidence that all quality standards have been met.”

Ammann has also recently introduced six new combination rollers, each featuring a vibrating drum in the front and pneumatic tyres to the rear.
It said the machines could work productively on a variety of surfaces and in many applications. It claimed the vibration-capable front drum and pneumatic rear tyres essentially created a two-in-one machine that could reduce fleet costs.


At Caterpillar, meanwhile, Cat Compaction Control is available on its asphalt and soil compactors, offered a scalable suite of tools to enhance productivity and the quality of compaction.

Compaction is a process fraught with variables – from changes in material composition to environmental conditions, moisture, temperature and equipment parameters. Any or all of these could affect the ability of the compactor to produce uniform and stable compaction.

The manufacturer said its technology enhanced quality and productivity by providing operators with information that could guide operation to ensure that compaction would meet specification.

The system is scalable from basic measurement to more advanced systems with mapping capabilities and, in some cases, machine control. It said the system reduced the reliance on guesswork.

Caterpillar Compaction market manager Kristian Stockhel said that Caterpillar had not only seen increased demand from the rental market for compaction machines, but demand for technology from this industry was also steadily increasing too.

“Over the last ten years in Europe particularly, rental has been growing year-on-year - it’s just a better way for a lot of businesses to manage their capital. Renting something vs buying something and having it on your books just makes a lot of sense to a lot of companies.

"Smaller asphalt rollers in particular are heavily rented, and what they are demanding in terms of technology is changing. Customers that 10 years ago couldn’t afford to use this technology now can’t afford not to,” Mr Stockhel said.

“The job site cost savings are huge - not only you can narrow down and focus your bid on winning work, and you can prove what you’ve done afterwards. It’s not just contractors getting smarter and realising that they’re saving money and doing it right the first time, but contract awarding authorities have started to specify it on projects.”

And Mr Stockhel forecast that demand for technology from rental companies was set to grow, particularly when it came to telematics systems such as Caterpillar’s VisionLink and ProductLink remote monitoring and fleet management technology.

“Asset management technology on smaller machines is the future – rental companies want to know how their fleet is being used, how much fuel they are burning, where they are; this is crucial information,” Mr Stockhel said.

Recent compaction launches from Caterpillar include the B-Series tandem vibratory machines – the 12 to 14 tonne CB64B, CB66B, and CB68B models. Enhanced technology is key to these new rollers, helping operators perform at higher levels. And many of the technological enhancements are offered through Cat Compaction Control – they include Auto-Adjustable Compaction Pass-Count and Temperature Mapping, Machine to Machine Communication, and Compaction Meter Value.


Meanwhile Weber MT has introduced new technology to provide additional protection for vibratory plates. It is one of the optional features offered for the company’s CR 6 to CR 9 series reversible plate compactors (400kg to 740kg), and is said to complement its newly refined Compatrol 2.0 compaction control system.

The company said its MDM-engine protection technology constantly checks all essential parameters of the engine. The Hatz diesel engine will shut-off automatically if the MDM discovers that the engine oil pressure or oil level is too low, the engine temperature is too high or the air filter is full. If this happens, the operator is notified accordingly by an LED indicator. ~

The idea is to safeguard against disastrous engine failures caused by insufficient maintenance. The system also indicates when the engine needs to be serviced.

Variocontrol is designed to ensure automatically that energy is constantly transmitted at the optimum level and that the operator has his work fully under control. This prevents over-compaction and minimises the number of passes required, which in turn increases productivity and the quality of compaction performance.

When it comes to servicing the machines, Bomag claimed long servicing intervals, excellent access to maintenance points, and many maintenance-free components. It added that this ensured high availability of the machine while at the same time keeping the costs down.

Of course, a raft of new compaction machines are also planned to be launched at the upcoming Bauma Munich exhibition, taking place in Germany in April. Turn to page 16 for more informatio

This is a feature from the March 2016 issue of IRN. To read the full article, with extra images and information, subscribe to the magazine: http://www.khl.com/subscriptions/magazines/international-rental-news/