Leila Steed speaks to Conmeq founder and CEO, Boris Koot, about electric construction equipment and how contractors and manufacturers can reduce their impact on the environment

Switching from diesel to electric powered construction equipment - although expensive at the point of purchase - is one of the most immediate things contractors can do to minimise their impact on the environment.

But the founder and CEO of electric equipment manufacturer Conmeq, Boris Koot, says that knowing how to manage that equipment to best effect is important for both reducing a company’s carbon footprint, and for lowering the total cost of ownership (TCO) of the machine itself. 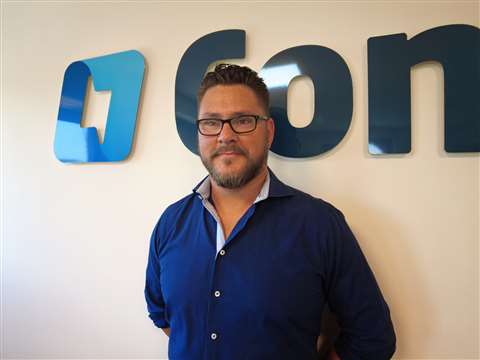 For owners and users of electrically-powered construction machinery, that means finding a balance between the operational needs of the project/business and maximising the length of a machine’s useful working life (as well as the costs associated with both), which can often be in conflict.

For contractors thinking about investing in electric equipment or for those that already have, the fact that the battery pack - most expensive part of the machine - is also wear part, means managing its recharging is of vital importance.

The industry leader, who founded Conmeq just three years ago, has taken the design of electric construction equipment in a completely new direction - one that has attracted the attention of manufacturers like Vermeer.

The company’s first machine, the all-electric AS15 mini loader, is a stand-on model designed for use on construction sites.

While fast charging AS15 mini loader – of which Vermeer is the head distributor - takes just 1.5 hours, Koot says that continually fast charging any piece of battery-electric construction equipment can decrease the lifespan of the battery pack by up to 50%.

“If you see [our] competitors that have retrofitted their machinery, they run empty in two to four hours and then they have to recharge it. That’s one cycle. And if you are working an entire day with that, then that’s two cycles during that day”.

According to Koot, this results in a battery lifespan of four to six years, at which point “you have to invest in a new battery pack. That makes the total cost of that machinery quite expensive.”

While the way an electric machinery is used has a significant impact on its longevity, and therefore on the lowering of emissions, making the effort to be more environmentally friendly also means considering how the equipment is manufactured, its maintenance and what can be done with its wear parts when they reach the end of their useful working life.

Speaking of the development of Conmeq’s AS15 mini loader, Koot said, “We saw that, once the data came in from retrofitted machinery or machinery that previously had a combustion engine brother or sister, [manufacturers] were all struggling with efficiency.” 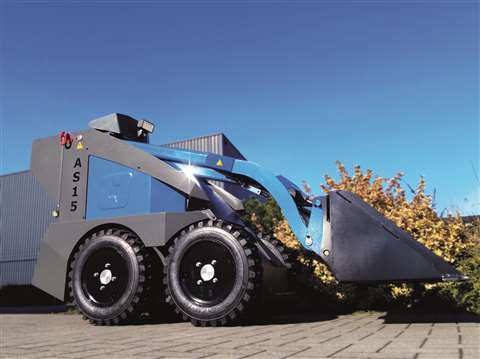 The industry leader, who has been in the heavy equipment industry for over 20 years, realised that the limited efficiency was due to the use of a hydrostatic drivetrain and, with an initial team of just three engineers, began designing a new drivetrain in 2019.

“We pushed everything aside, started with a blank sheet of paper, put the electric motors directly into the wheels with no angles, no chains, no nothing, and started building it from the bottom-up, with every A-graded available component.”

“We didn’t want to have to need to develop a lot of components also next to developing the machine,” explained Koot. And this in turn has enabled the manufacturer to ensure that 99% of the component parts in the AS15 are recyclable.

On the subject of recycling, Koot said, “The lithium battery packs can be reused in buffer solutions. So, after they have their purpose in our machine they can go to the fast net and the electrical gas stations and act like a buffer between the existing infrastructure trying to leverage the peak current.”

“…but they still use non-recyclable plastics to prevent corrosion and to protect the electrical components that are manufactured in only one place on earth - in China. And they are not into the recycling, circular economy way of thinking and I think that will be pushed out in the next couple of years.

“We’ve [Europe has] noticed that we are too dependent on Asian production lines and now we see that the cost component of shipping, the polluting position that transport has, time and not being able to have influence there [in China]…it’s all adding up.”

While its lack of a traditional hydrostatic drivetrain is among its standout features of the AS15, the model also offers a maximum lifting capacity of 500kg and its 15kWh battery pack can be run for up to 30 hours on a single overnight slow charge.

“We always said it could work an entire working day with heavy use. That’s eight to ten hours a day, said Koot.

“In our testing data, we have used very heavy energy-consuming attachments – such as a demolition hammer, a boom, ground rail, and trencher.

“But Vermeer noticed that when using the AS15 for some lighter jobs, like on a poultry farm with a bucket or cleaning a path – ‘hop on-hop off’ kind of activities - they charged it over the weekend instead of charging in between jobs or the next shift, so that’s where the timeframe of eight hours to 30 hours came from.”

While the AS15, which can also be operated more dangerous environments by using remote control technology with a range of 350 metres, has now been on the market for three years, Conmeq is still pushing its design.

“There’s one kind of ‘old fashioned’ part inside the machine – that’s the hydraulics that are there for the moving of the boom and the lifting of the attachments.

“We’ve now found a couple of partners that understand what we are trying to achieve, and we are also going to push out the traditional hydraulic parts,” said Koot.

The company is also expected to incorporate this in its new X-Series 2.5-tonne loader, which is currently in development. 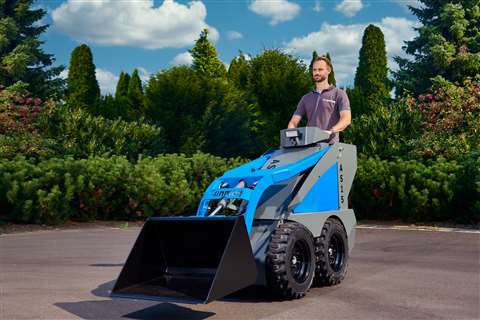 The AS15 mini loader is distributed by Vermeer. (PHOTO: Conmeq)

“I think we will launch it in the second quarter of 2023. I’ve got some government issues to sort out, which was not the case with the AS15, but we need to go through homologation standards and the way we steer and brake the X-Series – they [governments] have no protocols yet.”

Although European governments are working faster to achieve Net Zero than governments in other parts of the world, the introduction of new guidance, contractor incentives and regulation relating to low carbon equipment, products, materials and digital technologies is still lagging far behind what construction sector manufacturers have already brought to market - not to mention the products they are trying to launch now.

Incorporating steer-by-wire and non-mechanical breaking parts with the electric motors inside the wheels in a closed IP67K solution, Conmeq believes its X-Series is much safer than the standard heavy equipment solution currently available on the market.

However, “the government guys – they are really happy to help us out, but they have to try to understand it, then convince their bosses in order to homologate the machine.”

While European manufacturers are already at the forefront of driving the industry’s Net Zero transition - shouldering most of the cost as they go, the Conmeq founder thinks more can still be done.

Koot adds that “if big manufacturers in the short term are saying ‘we have to be able to provide an income for our workers’, [then] they also have to provide them with a clean and safe area to live”, as well as clean air to breath and access to healthy foods.

Although Koot ultimately believes that where we put our energy as individuals is the real key to achieving Net Zero and lowering our impact of the environment.

How companies can lower their impact on the environment

“Small changes”, says Koot, made by individuals and companies, collectively provide a better solution. These small changes may be as simple as using a plant-based hydraulic oil in your equipment or cleaning products made from fruit oils - “Yes, it’s more expensive but it’s better for the environment”.

According to its data and calculations, this year the human race used up all the resources the planet’s ecosystems can regenerate each year on 28 July - our Earth Overshoot Day.

So since 28 July, 2022, we have been running on an ecological deficit, which means Humanity is currently using 75% - or “1.5 Earths” - more resources than what the planet’s ecosystems can regenerate each year.

Given how far Humanity has to go to restore its environmental balance, some people might think that it’s just not possible to move our Earth Overshoot Day back to a later date, however construction industry contractors and manufacturers across Europe are far more optimistic.

“I’m on the positive side,” says Koot. “Due to the fact that – for example, Conmeq is providing equipment that can do the job, the right way with the right mindset and right perspective.

“We will not stop here, we will try to push all those developments out there in the market and will go towards the heavier equipment in time – and I’m not the only one. Others will follow and a lot of new initiatives will hit the market”.

That being said, Koot adds, “I know the change will be made but if we want to protect our beautiful Earth, we have to pick up the pace – we have to go faster.” 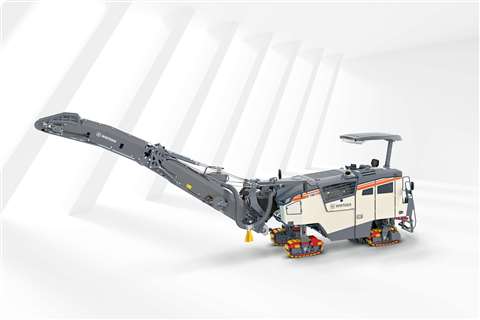