US Focus: The latest telehandlers 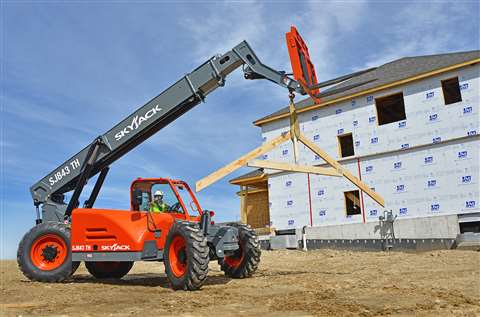 Ahead of the full telehandler feature set to publish in the July-August issue, AI takes a look at the latest developments from the major access equipment manufacturers based in North America, which also produce telehandlers.

The big three, including JLG, Genie and Skyjack primarily produce telehandlers for the North American market, depsite their presence globally with their access equipment. Although Genie is an exeption, with its manufacturing facility in Italy producing telehandlers, as well as access equipment.

Skyjack’s latest models are the TH Series, consisting of six models from the SJ519 TH to the SJ1256 THS.

New updates to the series include a relocated ECU for easier service access and a high-pressure filter system and improved hydraulic tank design. New durable and rental yard repairable steel engine cowling and an ergonomic seat with improved weather protection round off the new additions to the series.

The range features a Rear Axle Stabilization (RAS) system with three operational modes and based on the boom angle the RAS system kicks in automatically.

[Want to know about the latest telehandlers on the global market? Check out the upcoming telehandler article in the July-August issue of Access International. Soon to be released!]

John Boehme, senior product manager, telehandlers, at JLG, adds that just as technological advances are influencing today’s machines, there are many broader industry trends impacting design and features. “One such trend is connectivity. IoT is changing how we develop equipment and how equipment interacts with each other, operators and technicians.”

The company’s ClearSky fleet management telematics solution is available on all telehandlers, providing operational data so customers can make better decisions on their investment. 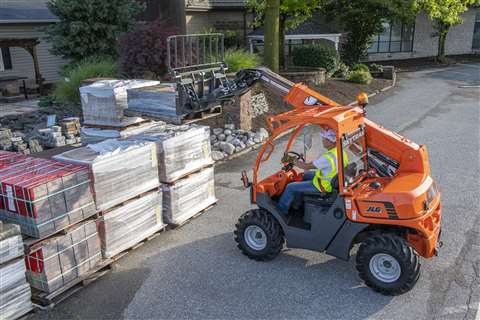 From a machine standpoint, Boehme says attachments continue to enhance the versatility of machines, as well as productivity.

The most recent attachment introductions have been in the specialty category, says Boehme, because these tools are designed and purpose-built to meet the specific needs of end-users working in real-world applications.

Boehme also agrees that electrification is a trend that is gaining traction in the telehandler arena and will be one to watch.

Boehme adds, “We have also been following the urbanisation trend very closely, as well as the move towards more connected job sites. For example, with less and less open space, new buildings are becoming taller and placed closer together.

“This is driving higher demand for smaller footprint telehandlers, like the Skytrak 3013 model and taller ones like the JLG 1075.”

Genie introduced the GTH-1056 in early 2021. “It was a ground-up redesign that incorporated successful features found on the GTH-636 and GTH-844, and applied things we learned about the previous GTH-1056,” said the company.

“Our focus was on delivering a rugged, durable and productive machine, with more capacity and lift height, while lowering total cost of ownership.

The 10,000 lb capacity GTH-1056 builds on popular features found on the proven GTH-636 and GTH-846 models. We invested in areas where it matters, including upsized axles, long-lasting Enduro A/T tires, and rugged boom with improved wear pad design. 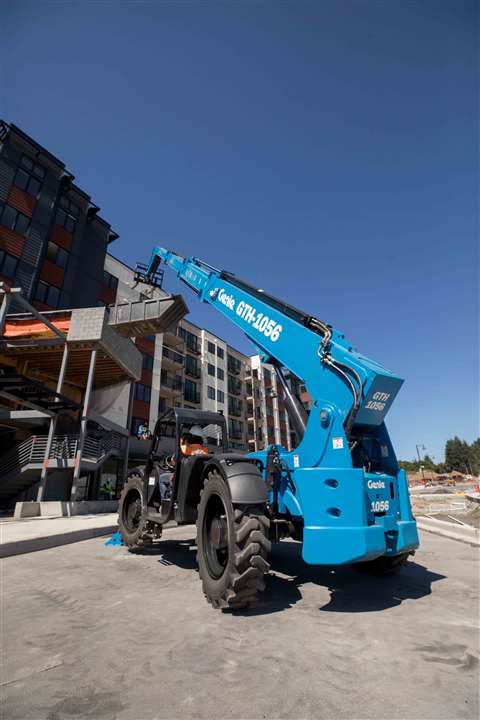 Genie introduced the GTH-1056 in early 2021. It was a ground-up redesign that incorporated successful features found on the GTH-636 and GTH-844. (Photo: Genie)

Continuing with the theme of rugged machines, Amalija Kopac, product manager at Genie, says the company is working on expanding on the success of the GTH-1056. “Many of the improvements we made to that design will be incorporated into a higher-capacity telehandler in the not-too-distant future.”

And Kopac concurs, heavy investment in infrastructure means there’s a demand for higher capacity and higher heights, as well as equipment that serves as a multi-purpose tool.

For example, Genie’s Rotate Carriage attachment allows up to 10 degrees of carriage rotation clockwise and counterclockwise for picking up or placing a load on a surface that is not level.

Or, the Swing Carriage attachment, which provides 100 degrees of movement from side to side, increasing efficiency when placing materials into buildings.

*To find out all the latest telehandler news from the biggest access and telehandler manufacturers - including Manitou, JCB, Snorkel, Bobcat, Sennebogen, Dieci, Merlo, Magni and Faresin - check out the upcoming feature article in the July-August issue of Access International. Click here for our latest issue.