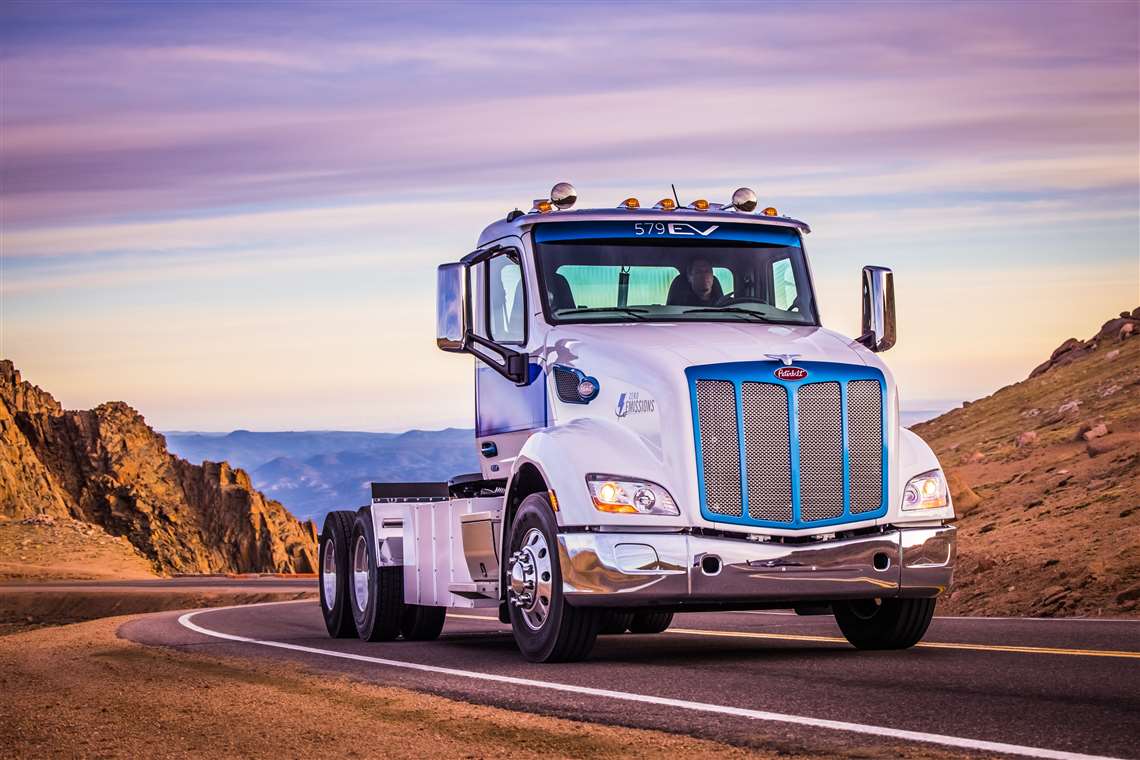 Peterbilt took its Model 579E electric truck to the top of Pikes Peak.

Peterbilt Motors Co. announced that its Model 579EV is the first zero-emission, battery-electric, Class 8 truck to reach the summit of Pikes Peak.

The achievement demonstrates the superior performance of the 579EV and its integrated battery-electric technology, Peterbilt said. Along with over 110,000 real-world miles on the Peterbilt EV fleet of trucks, the feat indicates that the 579EV is ready for real world customer operations today, the company said.

“This is a huge moment for Peterbilt and everyone who has worked countless hours to bring this truck to life,” said Jason Skoog, Peterbilt general manager and Paccar vice president. “Being the first battery electric powered Class 8 truck to conquer one of the most iconic roads in North America is just the beginning. Peterbilt is leading the charge on commercial vehicle electrification, with three distinctive EV configurations available for customer orders today in a variety of applications,”

Peterbilt tackled the challenge of climbing to the top of Pikes Peak, or “America’s Mountain,” to highlight the 579EV’s power capabilities and drivability, even under extreme road conditions and cold temperatures. The most famous mountain road in the United States, the ascent to Pikes Peak’s summit at 14,115 ft. has an average grade of 7% and incorporates 156 turns over the last 12.42 miles.

Over a three-day period, the 579EV made the journey up Pikes Peak multiple times with ease, each time using the recovered energy from regenerative braking on the descent to recharge the high-density battery packs to repeat each climb with ease.

“The performance of the Model 579EV while navigating to the summit of Pikes Peak was nothing short of amazing,” said, Darryl Oster, Peterbilt assistant chief engineer. “Handling the 156 corners was made easier thanks to the lower center of gravity provided by the battery location on the 579EV.”

To see a video of the climb, click here. 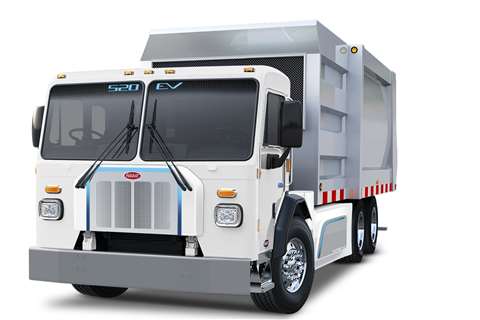 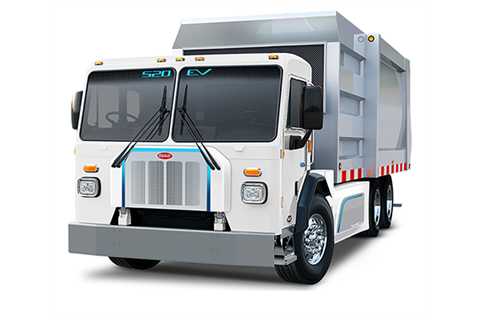 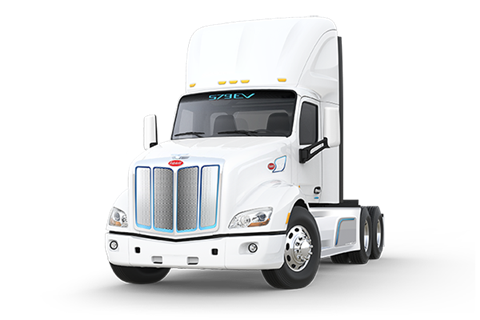